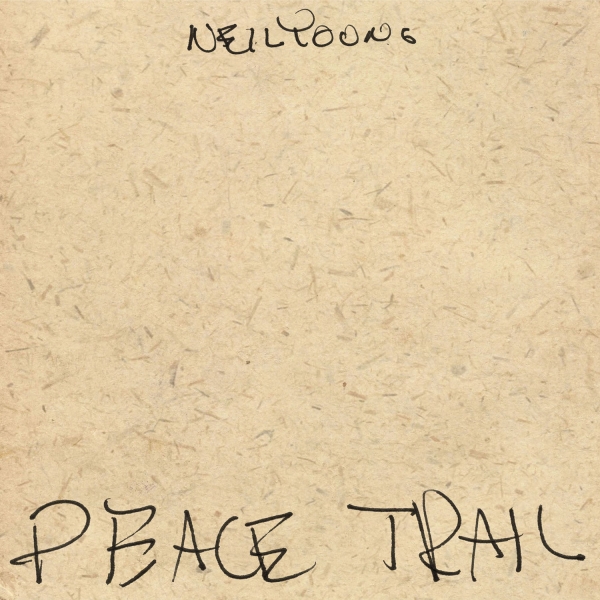 First, the good news. Peace Trail is a major improvement on last year’s Monsanto Years, a shrill, charmless rant about corporate greed that could well bag the dubious honour of being the only record in Young’s marathon career with no redeeming features.

The bad news is that the 71-year old legend's rush to push out fresh product (this is Young's second release of 2016 following the bizarrely overdubbed - animal noises and saccharine choirs, anyone? - live record Earth) continues to result in extremely shoddy quality control.

Listening to the title track that opens Peace Trail, you could easily assume Young's back on top form. Driven by an insistent organ riff and protean grunts from 'Old Black', Young's long-suffering guitar of choice, it's a deeply moving, richly melodic gem that reminds us what Young's capable of when he's expressing how he feels, as opposed to trying to instruct us how to feel about whatever injustice happens to be on his mind that day. "Can't Stop Working" maintains the standards. The loping Blues shuffle isn't much of a song, but a beguiling undercurrent of regret, Young's totally committed performance that harks back to the half-muttered style of 1974's bleak masterpiece On The Beach (ol’ Neil might be the only bona fide rock legend apart from Mick Jagger whose voice has actually improved over the years) and grizzly blasts of distorted and overdriven harmonica - the finest feature of this often excessively skeletal album - elevate it far beyond the sketchy source materials.

Written and recorded in four days at Rick Rubin's Shangri-La studios with A-list session drummer Jim Keltner and bassist Paul Bushnell, the album's hasty creation begins to show as soon as the focus shifts from the personal to the political. Although more rewarding than The Monsanto Years' clunky hectoring, the likes of "Indian Givers" and "John Oaks" succumb to the poor lyrics and non-existent melodies that have been the scrounge of Young's albums since his early-to-mid -90's return to form after an erratic 80's. The latter's one-dimensional portrayal of an ecological activist's violent demise in particular makes you long for even a whiff of the drama and storytelling prowess of, say, Dylan's similarly finger-pointing early 60's character studies or the righteous anger of Young's own 1970 classic "Ohio". "Texas Rangers" might be Young's worst released track ever, an unseemly mess of cringe-worthy lyrics and music - using the term loosely here - that appears to be based on instructing Keltner to play like he's never sat behind a drum kit.

There are further rewards along the way: the hard-edged confessional "The Glass Accident" emits faint echoes of Young's 70's peaks, whilst the downbeat idealist's lament "Show Me" is delivered with such totally disarming levels of vulnerability (aided by a winningly wheezy chromatic harp solo) that only the most icy-hearted cynics could fail to be moved.

All too often, though, Peace Trail sounds like another case of Young chucking half-formed ideas at the wall to see if anything might stick before moving on to yet another project. That said, there are genuinely powerful moments here that promise of better things to come, and it’s certainly refreshing to see a veteran with nothing left to prove remain so creative when most of his peers have long since succumbed to filling in their coffers on the nostalgia circuit.