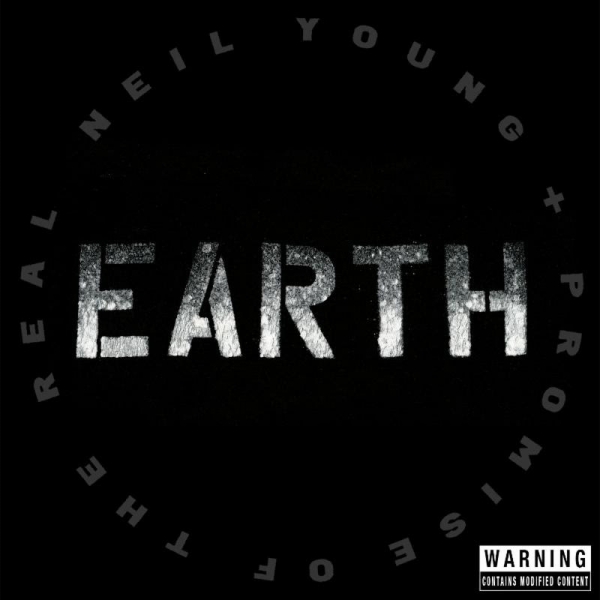 Unveiled amidst considerable promotional fanfare - including staunch audio purist Neil Young’s now-obligatory dig at iTunes - this live album comprises a thematically-aligned grab bag of songs from the 70-year-old Canadian’s vast back catalogue, interspersed with a slightly unsettling selection of David Attenborough-style “sounds of the earth.”

There are already at least a couple of landmark live (or semi-live) LPs in the Neil Young canon. 1979’s half-acoustic, half-electric Rust Never Sleeps sets the bar high, being described by the NME’s Nick Kent as “arguably the finest of Young’s career.” 1991’s Weld, made with Crazy Horse, was no slouch either, marking Neil’s mid-period revitalization as “The Godfather of Grunge” and was deemed worthy of inclusion in Rolling Stone’s list of the 50 Greatest Live Albums of All Time, along with 1973's Time Fades Away.

So where does this leave Earth, which was recorded in the venerable - if unlikely - environs of the Natural History Museum of Los Angeles County in May of 2016? Well, it might just be the most intriguing of the lot. Veteran US rock critic and author Greil Marcus has astutely remarked that Neil Young “uses his past for context, not careerism”, and that’s precisely what Earth confirms: Shakey’s performance on this double-disc concert record nods to the fact that he’s been considering and vocalising concern for environmental issues for the best part of half a century. The gig revisits a number of Young’s musical incarnations, taking in the title track from his 1970 breakthrough LP and introspective county-rock classic After The Goldrush - Mother Nature is of course “still on the run in the 21st century” - the two closing numbers on proto-grunge primer Ragged Glory (monumental closer “Love and Only Love” is extended to almost half an hour in running time) as well as four songs taken from 2015’s denunciation of industrial agriculture, The Monsanto Years.

There’s absolutely no chance of Neil going gentle into that good night either. The rancour that festered in the original sparse studio recording of "Vampire Blues", Young’s famous evisceration of parasitic LA scensters from 1974’s gruelling On the Beach, is shifted here towards corporate interests “sucking blood from the earth.” We’re also served up an equally angry version of "Hippie Dream", a more traditional Young rumination on the disintegration of '60s idealism which debuted on synth-laden 1986 oddity Landing On Water. Its inclusion is especially noteworthy given the song was only exhumed for live performances last year after a break of almost two decades.

His early reviews may have correctly identified him as possessing “the voice of the loner”, but Earth finds Neil Young in his element expressing the collective concerns of the modern age, a fitting coda for an artist whose name has become a byword for transition and re-invention.