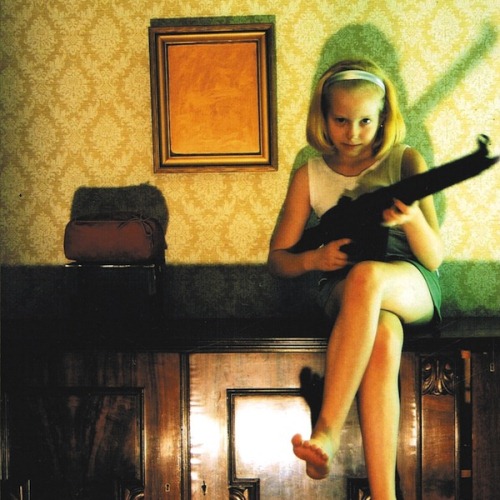 New Cross trendies they might be, but quirky new wave pop quintet My Tiger My Timing actually seem rather down to earth. After a flurry of singles championed and/or produced by names such as Andy Spence (Of New Young Pony Club) and Kitsuné, Celeste, their debut, has proven a hard-fought DIY affair, self-released on their Snakes and Ladders label.

MTMT’s sound to the uninitiated is best described as a fey, guitar-led electro pop in a similar milieu to Gang Gang Dance (in their more cheerful moments) and Le Corps Mince de Francois. Female vocals, soft synths and cogent lyrics, they all find apt expression here.

Celeste is a wisp of an album, a cool, melancholy breeze the more refreshing for its accessibility. Tracks such as ‘Written in Red’ are infectiously put together, shimmering guitars weaving in and out of laconic lyrics, and, like ‘The Gold Rush’, are minimalist in the sense that they’re stripped of everything not utterly imperative to a great pop song. ‘After School’ is more introverted; a tender melody and evocative harmonies make it a real stand out and a rare change of dynamic.

This is definitely music to be shared with friends. Driving around with the windows down, or blaring from the speakers at a house-party, it speaks of making memories and living in the moment. To this end, ‘Celeste‘ is a top-heavy and steady ride, which means no real sense of crescendo and a bleeding together of tracks, despite them mostly being quite lovely in isolation. The kind of album perfect for sticking on shuffle then, evincing MTMT’s conservative nature – understandable for a relatively well-hyped debut.

Ultimately, it could benefit from some variation, within and across the ten songs and 37 minutes, but at that it certainly doesn’t outstay its welcome. ‘Celeste’ is a charming, yet slightly nervous start four years in the making, and one I know I’ll be coming back to for some time. It’s always risky to wait so long but for My Tiger My Timing it’s paid off; ‘Celeste’ definitely has (nice) legs.