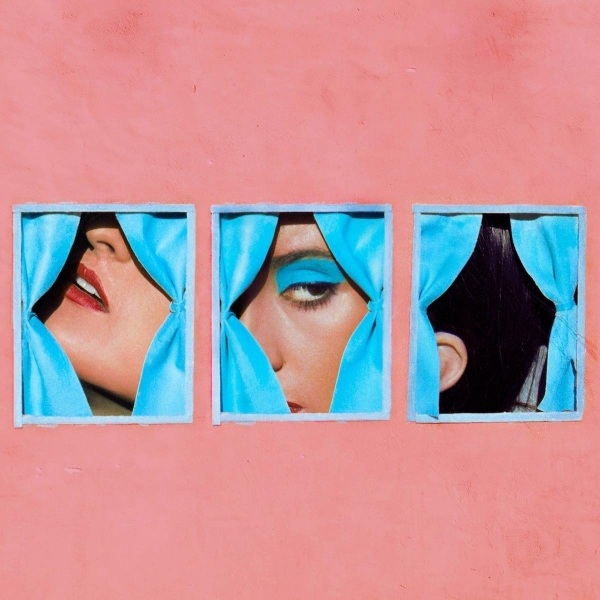 It is fair to say that Midnight Sister’s vocalist and lyricist Juliana Giraffe is an avid observer of place and people. This record, on which she is joined by composer and producer Ari Balouzian, captures a very particular vision of their native Los Angeles as a city of the circus and the crazy.

The single “Daddy Long Legs” paints the picture of a female who “moves like honey, light and smoke by her car”. Backed by lively drums and almost woolly sounding piano, the track emanates a red glow as if in the haze of a seedy, smoke-filled den, whereas “Shimmy” nods to some sort of trippy, underground disco.

The many moments of baroque discord, sudden shifts into dead silence and jarring dissonance adds a playful chaos and unpredictability to Saturn Over Sunset. “Neon” is a thirty second interlude of spacey, stoned guitar, while “The View from Gilligan’s Island” is an unsettling fusion of percussive clicks and urgent strings. Balouzian’s use of unconventional structures and arrangements are certainly well matched to the eccentricities and quirks of Giraffe’s breathy storytelling.

By contrast, “Blue Cigar” displays a truly infectious vocal melody and is unquestionably the album’s grooviest number, one in which Giraffe finds herself “dancing to a T Rex song”. Similarly, the piano riff in “Leave You” oozes a cool simplicity which intertwines with stabs of clean guitar, only to transition into a Tame Impala-esque fog.

Undoubtedly, Saturn After Sunset, is an intriguing project. The arty fusion of cabaret, baroque and psychedelia somehow places it between Beach House and more recent Fleet Foxes, but does not always make for the easiest of listening.