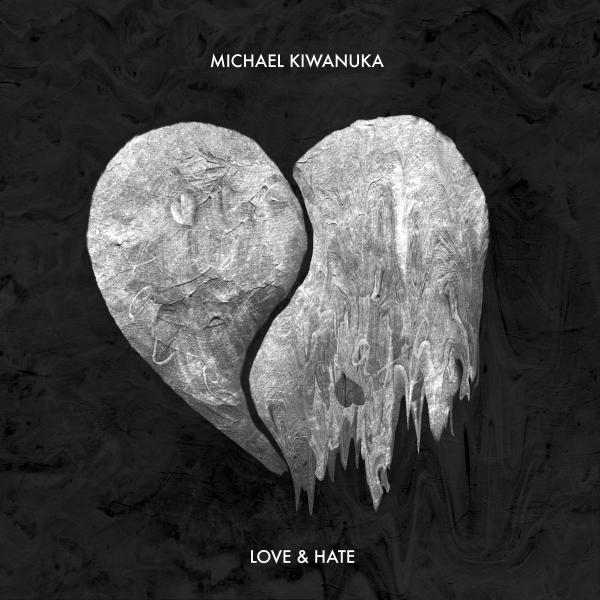 Released at the start of a summer in which hate, division and anxiety have felt so unusually prominent, Michael Kiwanuka’s second studio album Love & Hate is bound to resonate.

Lead single "Black Man in a White World" tackles “the sadness and frustrations of childhood, of being one of very few black kids in Muswell Hill, and never feeling like fitting in” he explains, while in the title track, he begs: “Love and hate, how much more are we supposed to tolerate?”.

But the real weight of the record lies in its cathartic approach to dealing with personal insecurity; its honest questioning of ambition, spirituality and the capability to love, in which Kiwanuka lays himself in front of you, warts and all.

"Fathers Child" seeks for existential meaning and guidance; the epic opener "Cold Little Heart" faces up to the pain of unrequited love, asking heart-wrenchingly "Did you ever want it?” – a theme also dealt with in slow-jam ‘The Final Frame’.

Such lyrical intensity might get too heavy if Kiwanuka didn’t offer a little lightness in his compositions. As he showed with Home Again, he’s not scared to demonstrate strength in simplicity - the backing vocal line of "Love and Hate" is probably the most ear-worming thing you’ll hear all year; the chord cycle on which "One More Night" revolves is so satisfying that any lyrics sung over it could make you feel good.

While utilising this ability, he still has a knack for throwing in the occasional surprise as you follow his wandering lead. The fleeting return to the opening guitar line of "Cold Little Heart" gives a brilliant pang of nostalgia - you don’t realise how much you loved it until you’re given a second glimpse.

Musically, there are obvious similarities to be drawn with the Motown sound with no shortage of tambourines, congas or strings. With some tracks adding liberal amounts of reverb, organs and slide guitar to the mix things occasionally seem slightly psychadelic, slightly Phil Spector influenced.

But thanks to the deft production of Danger Mouse it’s not a sound you’ll feel overly familiar with. Central to all the tracks are the tightly plucked basslines and bright snapping snares that make every groove he touches so irresistibly catchy. And by employing few of his staple tricks: over driving vocals and heavily phasing guitars, he darkens the record with the tonal palette that gave Dark Night of the Soul such a distressing feel.

As both a candid portrait of introspection and an exciting step forward with his musical talent, Michael Kiwanuka's Love and Hate beautifully captures the artistic power of vulnerability.