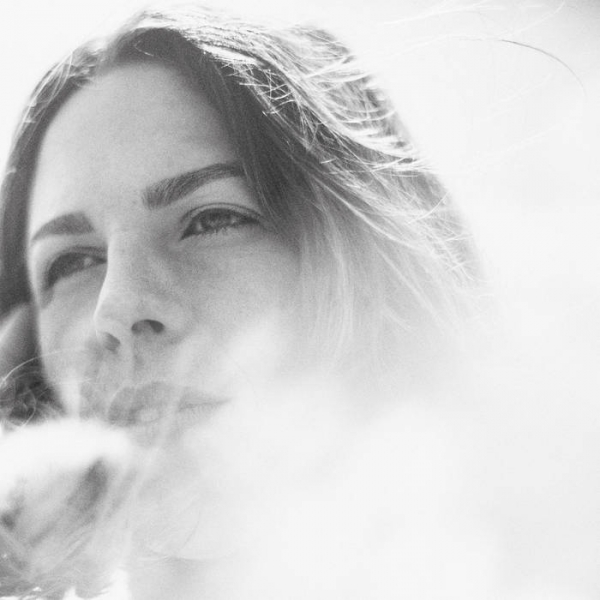 Mainly recorded on the outskirts of Stockholm with Dungen’s guitarist/multi-instrumentalist Reine Fiske and Fredrik Swahn (best known as a member of The Amazing, another underappreciated Swedish institution of contemporary psych-rock), Emotional Eternal returns to more conventionally song-driven templates after the looser explorations of 2018’s Bon Voyage (which also featured Fiske and Swahn). The mood is gentler and more upbeat, like sinking your face into a soft, warm pillow of sound.

At its best, the results are startlingly vibrant. The soaring title track and first single “Looking Backward” both combine otherworldly, weightlessly drifting vocals (often gliding into an ethereal falsetto, and delivered in Prochet’s customary bilingual mix of English and French) with simultaneously turbulent and delicate arrangements, heavy on pounding drums, low-slung bass grooves and Fiske’s judiciously administered ornamentations. The results resemble a cool 1960s French pop tune battling it out with a space rock outfit during lift-off.

There are precursors to the resulting potent blend of this contradictory mix of muscular brawn and melancholy dreaminess: Broadcast, early Tame Impala, Dungen . However, when the songs and arrangements are both operating at peak capacity (sprinkled with traces of classic Turkish psychedelia, the restlessly galloping “Pyramids In The Clouds” is another gem), Emotional Eternal offers genuinely fresh delights.

Unfortunately for an album with the word ‘emotional’ in the title, a few of the less memorable cuts drift by without making much of an impact: adventurous arrangements in search of a substantial centre that would allow for a real connection to be made. That said, the blissfully floating, richly melodic closing suite “Alma_The Voyage” makes up for the occasional idling: strings, flutes, Fiske’s singularly unshowy guitar heroics, a slow-burning chamber music coda – there is no shortage of elements, but it all coheres into a seamless journey.