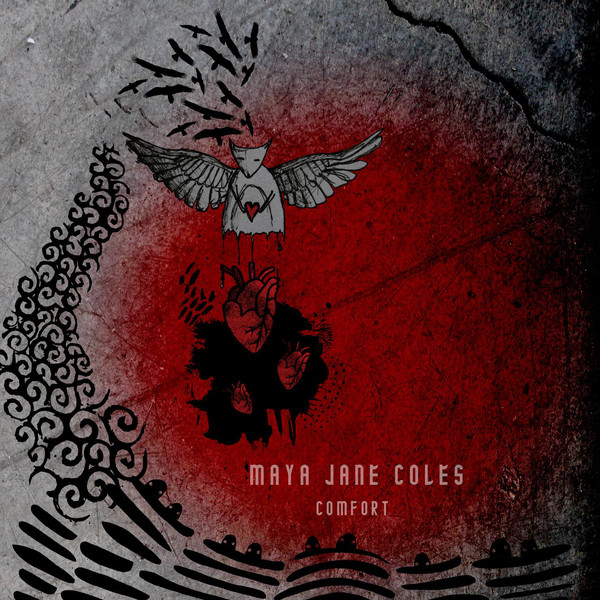 British/Japanese producer, remixer and DJ Maya Jane Coles has rightfully garnered steady praise for the last few years of her career. The 25-year-old has been behind a number of high-profile remixing gigs, two BBC Radio 1 Essential Mixes, a DJ Kicks compilation and numerous awards for her DJing and production work – and that’s not even touching on her own numerous solo EP releases. It’s been a long time coming – with anticipation fuelled by the What They Say EP – but Coles has finally dropped her debut LP. And if you think all this build-up is just a way for me to lead into saying that Comfort is a big disappointment, well…you’re wrong. It’s likely to be one of the best pop debuts of 2013.

The amount of house and dub influences at play here are welcome if unsurprising, but Coles seems to have keep her pop nous well hidden until now – Comfort comes across as a kind of dub-pop electronica experience, and one that stands to win her plenty of new admirers. It’s handy that Coles has a list of brilliant collaborators to help her along, with Hercules and Love Affair’s Kim Ann Foxman, Karin Park, Nadine Shah, Alpines and – sounding creepier and more intense than he has in a long time – Tricky all on board. With this supporting cast it could have sounded like a disconnected set of stand-alone singles, but Coles weaves a thread through each track, knowing when to change the pace, drop a killer beat or add her own icily-cool vocals into the mix.

The opening salvo of title track ‘Comfort’ and ‘Easier to Hide’ gives a real cinematic opening to the record; it’s ten minutes in which we’re immersed in the world of Maya Jane Coles – the former is a slightly unsettling number that features no guests, just Coles dropping trip-hop beats, manipulated harpsichord, keys, and a looped vocal sample before the simple pop-and-snap 4/4 beats of the latter takes us to the place she knows best – the dancefloor. It’s a belter of a track, all squelching synths and classic club vocals dominating as Coles builds up the layers until it’s a pulsating morass of sound.

Foxman is the first guest to show up on ‘Burning Bright’, a dark slow-burner that shows off disco and early 90′s techno influences and wouldn’t be out of place dropped into a set alongside some of the music Disclosure are making right now. Foxman is outdone, though, by Nadine Shah’s appearance on ‘Blame’; her bruised and bluesy vocal is matched brilliantly by Coles against twanging baritone guitar and some Blue Lines beats – it’s a beautiful dirge to slowly wallow in, though perhaps Coles missed a trick by not following it up immediately with Tricky’s sinister, muttered appearance on ‘Wait For You’. Thaws’ darkness is balanced by Coles’ cooed voice, giving him his best female foil since Martina Topley-Bird (nope, Beyonce doesn’t count). Coles knows how to balance that classic Tricky creeping anger and masculinity with something a bit subtler, and here, she pulls it off effortlessly.

The misjudged appearance of Thomas Knight on ‘When I’m In Love’ makes Tricky’s appearance the exception that proves the rule, as Coles by in large works better on Comfort with her female guests. Karin Park gives a marvellously throaty and macabre turn on the thumping goth pop duet of ‘Everything’ (“I imagine my lungs breathing in as a pair of wings / There’s a crow in my chest crying out through my broken ribs”), Alpines’ Catherine Pockson gives it proper diva moves on ‘Fall From Grace’, taking Coles’ studied beats from standard trip-hop vibes to something rather sultry, and Miss Kitten adds her usual edginess to the cold electro throb of ‘Take a Ride’, not exactly pushing herself, but not quite phoning it in. The final word, though, goes to Coles herself; ‘Dreamer’ is a standout, simply whip-smart pop music with a perfectly-judged chorus, and the marimba rhythms and Mid Eastern guitar lines of closing track ‘Come Home’ loop things nicely back to the beginning of the record – it’s almost Portishead in an imaginary movie soundtrack way, leaving us right where we started.

Although lyrically Comfort is a little superficial and unchallenging, the same can’t be said of the musical and vocal performances, which are all close to top-notch. For a debut album that finds her moving away from her comfort zone as much as revelling in it, Maya Jane Coles has delivered something very fine indeed.