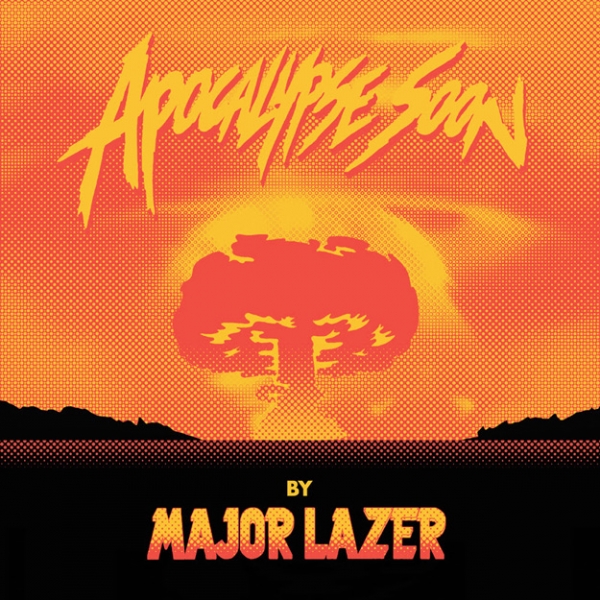 As if having a hat-trick of number ones last year wasn’t enough, “Blurred Lines” and “Get Lucky” (for which Pharrell Williams also produced the former and co-wrote the latter) were also the Top Two selling songs of 2013. This year, “Happy” continues to dominate airwaves and will undoubtedly be a track that will benefit from the stream-including charts. So ahead of his album G I R L next month, how does his first new track of 2014 fare? “Aerosol Can” opens Major Lazer’s Apocalypse Now EP, but it’s safe to assume that it won’t be soundtracking any best of 2014 montages.

While the simplicity of the beat – along with the shakes and sprays from the can – offer a mesmerizing rhythm, it’s easy to be disappointed that the track is clearly lacking a seemingly effortless knack for creating ridiculously uplifting moments like two of the aforementioned three tracks (slight controversy regarding the obvious third and use of the term “uplifting”). While reminding the world that as well as writing, producing, soundtracking and ageing backwards he can also rap, Williams offers memorable lines (name-checking Sinatra), although not always for the right reasons (“piss or pooed on…”). But it’s not all about Pharrell, which is odd considering he’s just taken up two paragraphs.

Future dancehall dominators continue with “Sound Bang”, which spikes the bubbling pot with speed-induced interludes between ukulele verses, while “Lose Yourself” brings in Major’s trademark laser-like sounds for a more instrumental moment. Mr. Fox takes vocals on ‘Dale Asi’, which closes the five-track release with a more slowed-down take on the frenzy of the previous tracks; less thrusting the beat in your face, more laying it over you – with rhythm.

If anything, it’s “he who it isn’t all about”’s track that lacks the island party pace that drives the rest of the tracks, as if he was brought on board just for his own name-check. Skip track one though, leave it to simmer a while, and Apocalypse Soon should inevitably be soundtracking at least some of the summer of 2014.