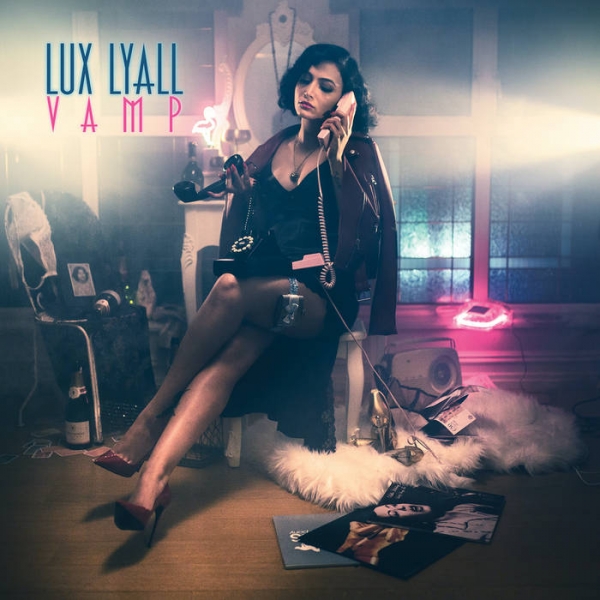 Lux Lyall is a Cyprus raised, London based, singer/songwriter and poet who plucks from the same ethereal spirit and DNA as Lana Del Rey and PJ Harvey. And in doing so she’s produced one of the years more impressive dream-like records with her debut.

Her dark and decadent world comes to life on Vamp bringing a return to gritty rock haunts, and lyrics littered with nods to film noir springing from modern day issues. Vamp takes everything Lyall has been working on and magnifies the intensity on every level.

Overflowing with emotion and shrouded by dark and decadent theatrical tones, from the guitar heavy productions on the raucous "Ritual", or the dreamy ballad "Waiting Room", to hypnotic tracks like "Baby Is A Vamp" and everything in between, she sets herself apart from the rest of the pack with her truly unique aesthetic.

Lyall emerged in 2019 with brooding debut track “Teeth”, concerning personal and emotional survival linked to mental health issues, it was followed by second single “Switchblade Baby”, born from the idea of a "patron saint of broken women”. “Gun Metal Horses”, a song about longing for the past whilst fearing for the future. With all singles featuring, Lyall’s MO plays out; with themes of heartache and acceptance enveloped amongst a vast cinematic landscape, surrounding Lyall as she delicately uproots her emotions and shines a bright light on the importance of self-love and growth.

Facing such starkness with airy gloom certainly helps carry the load, but keeping it thickly anchored is where Vamp thrives. Lyall manages to combat the reality of life with a rock ’n’ roll attitude that screams through the gorgeously lamenting strings oft appearing. It all makes for a debut album that’s as intricately emotional as it is musically interesting - and this is just the beginning.