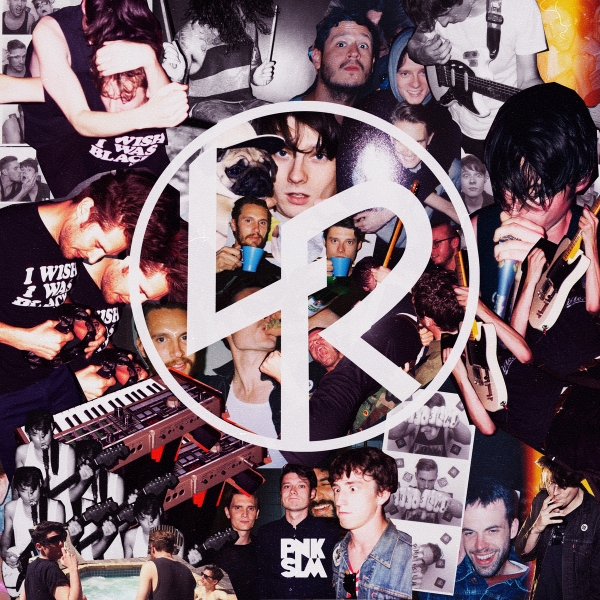 Founded in Stockholm, PNKSLM Recordings is home to some of the most sensational new music around - and with a number of releases ready to drop, a series of stellar live showcases imminent, and a brand new signing under their banner, their infamy is only set to grow. Clearly not one to sit still, label ‘slime lord’ and founder Luke Reilly has spent a substantial part of the past seven months carving out a reputation under the guise of Lucern Raze, and it’s been bewitching.

For those fortuitous enough to catch one of the groups live shows, expectations have been set high. From cave concerts in Stockholm to studio shindigs in Tokyo (and yesterday a performance on a boat as a part of the Swedish Grammis), the live band has been garnering an impressively rambunctious reputation across the globe. The product of twelve days work in the high-heat of summer, Stockholm One is perfect escapism. Mixing 60s riffs with garage-infused refrains and masses of distortion, its individualistic mash of influences makes for something utterly brand new.

Audio intoxication at its best, the album frolics to its own beat with no mind for any other. Short songs blast by in a sharp breeze of seemingly relentless energy. “Suck it up and give me some more” Reilly insists on opening track "Carana" – a sentiment that’ll no doubt soon be echoed by many a listener.

The record’s bludgeoning percussion and raw refrains might at first seem anarchic, but are employed in such a way they become part of the spellbinding act as it unfolds. Taking an entirely blasé attitude and making it somehow enticing, "La La No" is awhirl with motion. Driving drumbeats and shimmering refrains meet laid-back vocals to craft a distinctively brash sound capable of engulfing you should you let it – and this floods through much of the album. "Burn" couples 60s style backing vocals and verses with rambunctious refrains before reaching deliciously cataclysmic levels of distortion.

With a guest appearance from The Hanged Man, a cover of The Teddybears’ "Yours To Keep" sees clamorous choruses and vocal harmonies descend into a delightfully disastrous close. Debut single "Sunshine Blues" is a rip-roaring scorcher of a track, featuring blazing riffs and a chorus addictive enough to carry it’s own health warning. Latest cut "Stockholm Syndrome" is Lucern Raze at his heaviest. Losing none of the addictive hooks that flood the rest of the album, the track thunders with a vigour hitherto unparalleled.

Swaying with its own seduction "Someone Like You" is an instant standout. “I was looking for a girl like you” Reilly utters, “but I guess you’ll have to do". Charmless though the sentiments may be, this will still be one of the most alluring tracks to drift through your speakers this year. Twanging subtly into life, album closer "I’m Only Gonna Let You Down" is as close as you get to a heartfelt ballad. Despite the title, there’s no taste of disappointment – building bolder than any of the tracks preceding it, the song reaches an electrifying climax of searing guitars and soaring synths that it almost aches to be drawn away from.

Constructed with raucous energy and poised to appeal, Stockholm One is a soundtrack for your senses, lusciously raw from start to finish. Crank up the volume, kick off your shoes, and dance around like no one’s watching – this is record to lose yourself in until you feel like nothing else matters. And really, when music can make you feel this good, what’s left for you to be phased by?

Stockholm One was released on February 25th via PNKSLM (and Burger Records in the US).