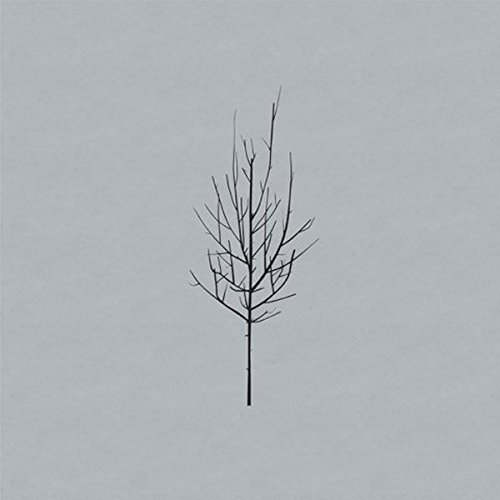 It’s an unfortunate reality that, more often than not, bands do not last the test of time - and the ones that do are often born from unsuspecting circumstances.

Duluth, Minnesota’s Low, for example, emerged from a landscape of grunge in which every A&R of the period was frantically looking for the next Cobain. Little did they know, that of all the abrasive acts that we have now largely forgotten, it would be a quiet and unobtrusive sound that would still be alive over twenty years on.

This says way more for the delicate intricacies of Low than it does for the inability of nearly any other band to capture the imagination of youth in the way that Nirvana did. Low took sparseness, minimalism and quiet to the nth degree in a time when everyone else was turning the noise up. Not, you would imagine, a viable strategy, but here we are 22 years on and it is still Low who have captured the imagination of critics and fans for their latest LP Ones and Sixes.

This, their 11th album, is not some want-away, half-arsed effort either. In fact, it is a defining record in their back-catalogue. It’s difficult to discern it as an opus, but neither is it very far off – it indicates that, unlike so many antiquated indie acts, their best is far from behind them. It’s a quality that separates the wheat from the chaff and is why they continue to enlist a dedicated following of admirers. I wasn’t musically aware enough at the time of their inception to be enamoured with Low in the way that many still are, but it is safe to say that their longevity is a welcome surprise to even the most devout of their original Duluth following.

A defining feature of their past albums has been a separation from what is going on in current trends; a refusal to pander to the churning fashions of music and a high regard for idiosyncrasy. This latest LP breaks that mould by developing a sound that borrows from modern pools of influence, but throughout it never feels strenuous. It feels more that the continued use of spectral electronic production in Ones and Sixes is a natural and organic progression; not necessarily something they have had to catch up with, but rather something that was waiting in the wings for a purpose that they have now found.

Ones and Sixes is surprising in its epoch of now, but for a band who have lasted this long, a garnishing of contemporary relevance is understandable, refreshing and largely unimportant. What is important is that the result is a thoroughly satisfying listen.

The tracks sway from a well-mined ground of lachrymose whispers to truly arresting and anthemic powerhouses. "Gentle" opens the record with glitching production and electronically augmented sparse drum patterns but doesn’t really come into its own until the second half when it is stripped back to accommodate Parker’s lead vocals. It acts as a mission statement for the rest of the record, indicating a lever of grounded experimentation that was arguably a little wayward in previous attempts.

"Spanish Translation" vocalises the recurring theme of confusion that appears in Low’s music; something Alan Sparhawk has alluded comes from personal experience and the backlash of depression. Sonically, the track is both delicate and extremely powerful. It begins ethereal and benign in a haze of swirling electronics and then develops into a tussle between thoughtful verses stripped of much instrumentation and an engaging chorus with significantly more oomph.

The central tracks of "No End", "Into You" and "What Part of Me" are where the record is embodied; each one a defining facet of the album. "No End", the slightly more arresting guitar led anthem, "Into You", the highly experimental and electronically driven portrayal of sparseness and "What Part of Me" offering a deeply personal insight into a long marriage and the troubles that come with it.

It’s difficult not to be enamoured with Ones and Sixes. Its slight downfall is a lack of lyrical dexterity, recycling phrases as a crutch, perhaps. The overriding feeling, however, is that this record indicates no end to the creativity of a commercially undervalued act whose longevity was never prophesised.