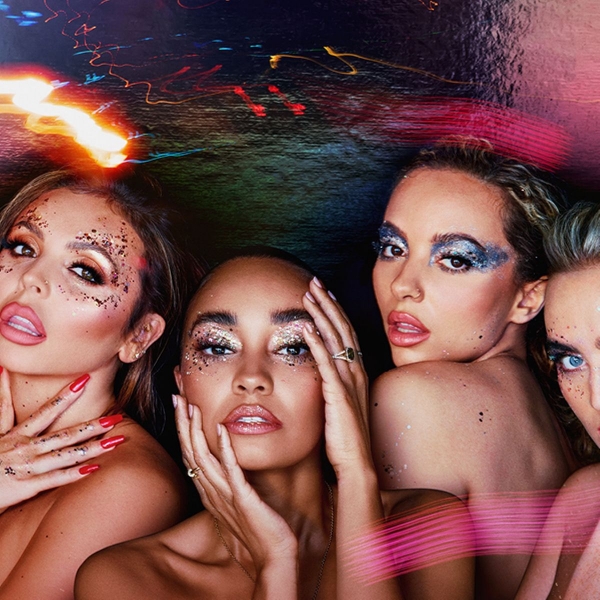 On their sixth outing, Confetti - also their first away from the clawing clutches of Simon Cowell and his label Syco - comes a stride forward in reminding the world of the behemoth Little Mix has become. Given the situation, almost freedom, that the assertive group find themselves in, there’s certainly a gap in Confetti that leaves you wishing there was a further step forward into something coherent.

Front-loaded with smash hits "Break Up Song" and "Holiday", to have this watertight bow of perfect pop then move through a sparkling sequence of songs to "Another Pop Song" which, for all it's Cowell baiting - and absolute truth - feels disingenuous. They've broken away from the lion's den, and have simply erected their own which feels just as entrapping.

Certainly, a group such as Little Mix are a moulded to serve a certain purpose - where most artists can break away from this and explore further territory - the four-piece are beholden to their shackles of serving admittedly impeccably crafted pop about sex, love and breakups. But when its served in a manner that hops between the matter in a disjointed fashion, to come along for the ride on a full-length is quite the struggle. In their components, Confetti's make up is fierce, brash, melodiously incumbent and perfectly befitting these ever-darkening days, but once you settle in, certainly the confetti rains down, but any resonance or semblance of an emotional deliverance leaves the dance floor.

Tracks such as "Happiness", with its gloriously fluttering lyrics regarding self-love and acceptance of what you want from another person, and "Gloves", with its euphoric, deep groove perfectly befitting a musical with its rapture, lift Confetti's spirits. The moments that shine - and there are a lot of them - are blinding. Even when the party slows to appreciate the human nature of friendship (“My Love Won’t Let You Down”). the shimmer holds you close.

If you're looking for choice picks that suit your current standing (single / taken / stuck in lockdown lusting) then you'll find what you need - a relatable nature is served up on a silver platter - but a greater understanding of anything other than the above shall not be found. Pop for pop's sake is never a bad thing, but when a band like Little Mix are in the midst of a year that's seen them take no prisoner, a little more care in the craft of the big picture wouldn't go amiss.