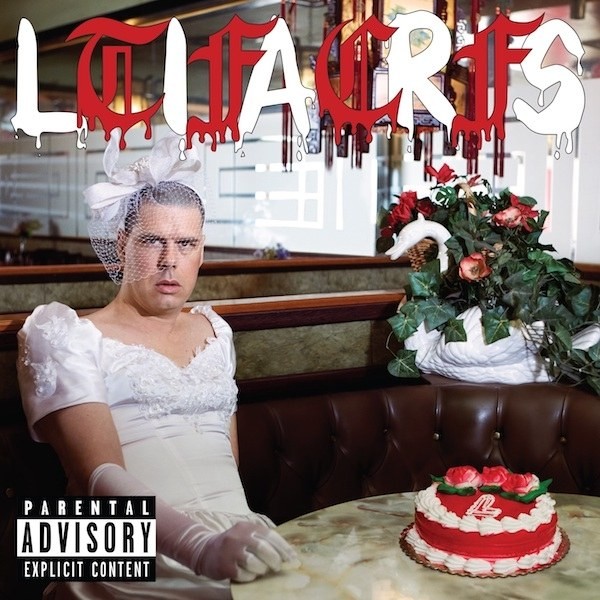 Liars have been defined by their constant evolution, primarily in sound but also partly in personnel. TFCF (Theme From Crying Fountain), the eighth studio record under the name, resumes the evolutionary processes, this time not only sonically but also drastically in terms of their line up.

TFCF is a strikingly atmospheric and evocative record. Thematically informed by its recording location - the Australian bush - and defined by a heady collage of the analogue and the digital, TFCF finds Liars' now sole member Angus Andrew pushing the band forward yet again.

From the murmurings of the aforementioned bush in “The Grand Delusional” to the nocturnal insect hum at the start of “Face to Face With My Face”, Andrew has densely layered field recordings throughout the record, in order to paint a panoramic landscape of the environment in which TFCF was created. Importantly though, this landscape is not solely a two-dimensional creation, but a living (metaphorical) space for the listener to explore.

The heat of a campfire, for example, is almost palpable on the brooding acoustic guitar-led opener “The Grand Delusional”. “No Help Pamphlet”, an early highlight of TFCF, similarly acts as a hushed outback anthem, featuring multi-tracked vocals and strummed acoustic guitar, before climaxing with a plethora of percussion unfurling at varying speeds.

Furthermore, the electronics found on the affecting “Ripe Ripe Riot” and the ambient “Crying Fountain” convey both the beauty of the vast land surrounding Andrew, but also a sense of loneliness and isolation inspired by that same wilderness. Towed by a mournful synth line, “Ripe Ripe Riot” features a plaintive vocal delivery reminiscent of Nick Cave’s vocals on Skeleton Tree. The track is saturated with haunting emotion, which effortlessly translates many of the ineffable aspects of the physical and emotional world Andrew was consumed by while piecing together the record.

The collage of organic and electronic sounds serves as TFCF's most disarming weapon. Picked or strummed acoustic guitars are readily juxtaposed against disintegrating synthetic loops and digital effects, the result of which purposefully blurs the organic purity of the world Andrew creates, to both prismatic and spellbinding effect. The kaleidoscopic “Cliché Suite” merges synthetic Morricone-esque horn blasts with spiralling distortion and naturalistic samples. Likewise, “Emblems of Another Story” is a radiant collage of the natural and the synthetic, before blossoming with a coda of crashing cymbals and cascading snares.

Although the introduction of the acoustic guitar to Liars’ musical palette is wholly surprising, there are sounds on TFCF which, for those acquainted with Liars’ discography, will feel familiar. Lead single “Cred Woes”, with its effervescent synth-line, acts as a continuation to Mess, before Andrew unleashes a flurry of syncopated guitar stabs, analogous to the angular riffs found on They Threw Us All in a Trench and Stuck a Monument On Top. The excellent “Coins In My Caged Fist” is propelled by an agitated, skittish beat that would not feel out of place on They Were Wrong, So We Drowned.

Given that TFCF is Andrew’s first “solo” record under the Liars moniker, it is understandable that there are a few ill-conceived and under-developed moments. “Staring At Zero” is sketch-like in quality and unfortunately does not shift far from a wonky electronic loop. Moreover, “Face to Face With My Face” is only partially successful as an experimental piece, as by the time its pop sensibilities become apparent in the track’s latter half, the elements found within (including a warbling, didgeridoo-like bass line) are too disparate and jarring.

TFCF marks yet another shift in sound for Liars, as Andrew battles with dense samples and new instrumentation to compensate for the loss of former members Aaron Hemphill and Julian Gross. Like some of their greatest records however, TFCF creates a metaphorical space for the listener to explore to excellent effect. Although Liars may constantly evolve, their high quality output is undeniably reliable.