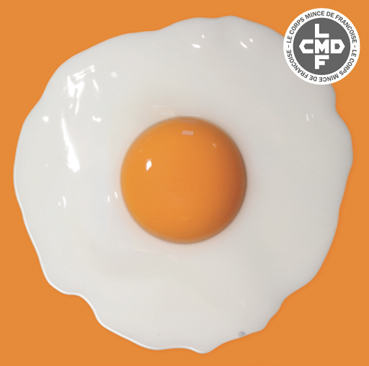 After many years of incremental escalation, the loss of a member and a slight maturing of sound, LCMDF have finally delivered their debut album.

Stepping out wide-eyed into the light, the album is a monstrous détournement, ripping up the culture of yesteryear and re-imagining it in a new light. Featuring previously released tracks as well as fresh meat for the wolves, it’s a blood-letting of past tropes and ideas that becomes virtually non-stop. It’s a cataclysmic rutting of one idea to the next, the music equivalent of channel-hopping. Yet within the minds of the artists – those flitting, capricious minds – a sense of the linear narrative exists, as if the incongruous years and dates of this marriage were actually a fond story all imbuing one common feeling, with memories like flashbacks to parts once forgotten. So what we’ve got with Love & Nature is an astounding mixture of 90s baggy, Mad-chester tunes, RnB, the psychedelia of the Happy Mondays, New Jack Swing, the odd essence of G-funk and of course, the soul of the nineties, Brit-pop. All of this would sound like a strange loop, a time vacuum, a journey to another place. Yet, within the baggy t-shirts, the rictus grins and the wild appropriation of sounds sit two minds in perfect control of their nineties apocalypse, with both their index fingers on the big, red button.

Ripping straight into the cultural artifacts that litter their minds, the two seamlessly explore, at length, every possible avenue of nineties music. Creating such a din as to leave a thick cloud of psychedelic dust hanging in the air. It’s a brave move from sisters Emma and Mia Kemppianen but it really does pay off. First single ‘Gandhi’ has already exposed their audience to the pairs evolved sound, which has seen them lose much of their lo-fi garage vibe. What replaces it is a vibrant, buoyant sound, lifted by keyboard piano tones, beatsy Happy Mondays’ rhythms and reverbed guitars.

Like the Klaxons before them, LCMDF seem to inhabit an eternal nineties party where the Klaxons channel the frantic nature of the pilled up into sound. Likewise ‘Cool and Bored’ drops the dirty synth sound found on earlier versions and replaces it with the neurotic frenzy of clean guitars and hand-claps that work in symbiosis to make it sound as agitated – perhaps they’re bored? – as possible. The whole album follows in much the same enchanting way, with the girls shedding their anxieties just as quickly as they pick up new ways to interpret the sounds in their heads. The RnB influence is dramatic and is possibly the most bizarre.

It underlies everything, so even when they’re at their most avant garde it still appears as if they’re laughing at you, as if they’re the ones telling the joke. It’s a strange unifying of Bobby Gillespie and Missy Elliot but it sounds fantastic in what is ultimately a very weird, yet totally un-alienating album.