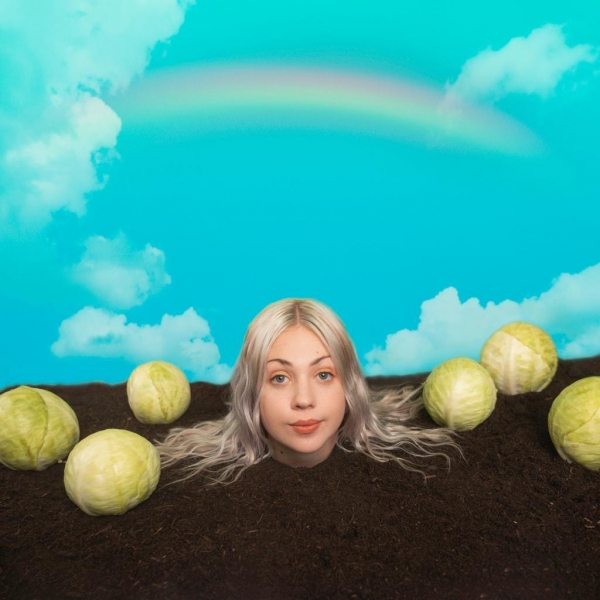 For her third EP, Isle of Wight-born songwriter Lauran Hibberd is recalibrating her core indie-pop aesthetic: fusing cutting, incisive and at times sarcastic song-writing with a chutzpah reminiscent of forbearing punk-inspired vocalists.

For the better part of the last decade, pop-rock had reached a nadir in its commercial appeal. What had once been a fever-dream of punchy, angst-driven hits, embodied in works by the likes of Pink and Avril Lavigne, had been overrun by the return of slow, melancholy pop-soul at one end and bass-heavy EDM at the other. The sound slowly trickled into the alternative realm, bleeding into a composite of dreampop, electroclash, and the distorted negative space left by nu-metal, before beginning its slow re-emergence back into the zeitgeist.

In many respects, these musical developments have formed the sonic contours to the sound adopted by Lauran Hibberd on Goober. Ranging from the likes of Weezer, Courtney Barnett and Phoebe Bridgers, the singer’s influences demonstrate a nostalgia for a foregone golden age of post-punk and indie-rock whilst also signalling her nous for the contemporary and the futuristic. To that end, "How Am I Still Alive?", the first single for the EP, sees the singer steer the sounds of her various stylistic forebearers into a highly individualised aesthetic. “I’ve never really liked doing anything / I barely stayed up when they threw me in the ring / I've never really wanted anyone at all / Apart from Michael when he fainted during football”, croons Hibberd, recruiting collaborator Lydia Night (of The Regrettes) to deliver a tale of imagined romantic neurosis with trademark deadpan lyricism and vocal punchiness.

Elsewhere, on tracks such as the riotous, bolshy "Bleugh" and the anthemic, braggadocios "Boy Bye", the singer recalls the sheer eccentricity of acts such as Hole, charting what would otherwise be familiar tales of self-conscious recrimination with panache and verve, birthday party and roller disco metaphors and all: “I’m at a birthday party / But I can’t keep that sugar down / I’m at a roller-disco / And I’m just sick of skating round”. On "Crush", there’s a palpable scrapbook, stream-of-consciousness quality to the romantic to-and-fro’s described by Hibberd, typified in opening lyrics that begin with elusive references to a past summer love before segwaying into a startingly exact description of drinking coco-cola from a wine glass.

Yet despite the distinct punk quality to these lyrical twists and turns, the EP’s standout moment emerges in its closing number, "You Never Looked So Cool", a downtempo track that compliments its summer-tinged nostalgia by opening up to a spaciousness occupied by languorous guitar strums and soft backing synths. Here, Hibberd’s evocatively rich descriptions of an elusive dream-figure trickle into a powerful extended metaphor for self-empowerment. At a sonic level, the track neatly end-stamps the otherwise glossy, faux-glamour of the record. As a listener, it leaves you craving more from this burgeoning, one-of-a-kind talent.