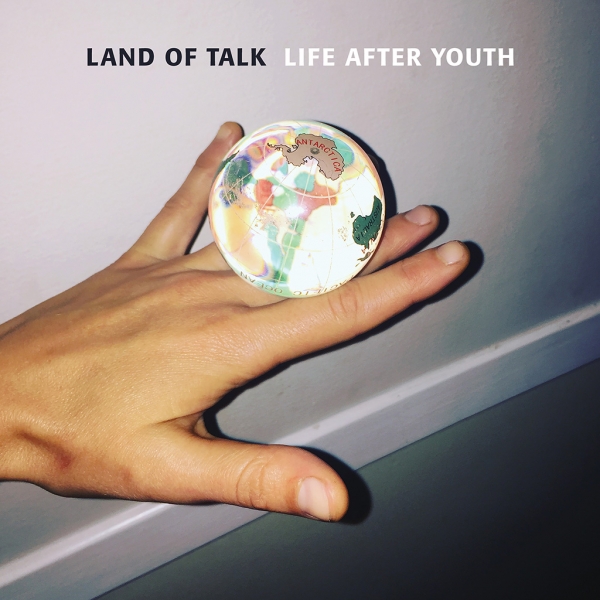 Some time after 2010’s Cloak and Cipher, Elizabeth Powell felt tired and disillusioned with her influential band Land Of Talk, and took what seemed like a natural break from music.

After her father suffered a serious stroke however, a break became a necessity as she worked early hours and tended to him in his recovery each day. Somewhat poetically though, music therapy became a key part of his recovery, finding then its way back into her life; heeding her father's encouragement to embrace it fully again, Powell went off and wrote what would become the track “This Time”.

“I don’t wanna waste it this time / And see fate as the end of me / I don’t wanna waste it, my life / And know it was in front of me”. Though out of context its opening words sound fretful and static, “This Time” has an elevating hopefulness to it, driven with trembling and energetic guitars and tireless drumming, and indeed would galvanise Powell to pursue a third record as Land Of Talk.

Though at ten songs long Life After Youth follows its predecessors in length, the record feels deliberately the most measured if not accessible the band have sounded. “Spiritual Intimidation” and “Heartcore” perhaps highlight this best with an addictive listenability, though again it is Powell’s voice that remains the most special part of Land of Talk. Somewhere between the natural, unruffled tone and her meandering choice of melody sits a raw quality that here is constantly engaging. It’s brought to the forefront most above the jelly-like synths of “Inner Lover” and amongst the slightly jarring composition of “What Was I Thinking?”

Unfortunately at times the production from John Agnello (Sonic Youth, Kurt Vile) falls slightly flat, doing a disservice to the gorgeous guitar textures and tones that set the record apart from both Some Are Lakes and Cloak and Cypher. Whilst the additional backing vocals from Sharon Van Etten in “Loving” sound suitably rich and sparse a la The War On Drugs for example, the driving drums lack the excitement they deserve given the clear direction to the song's great climax.

It’s not a dealbreaker though, and in moments like the exultant “World Made”, or the easy-going “In Florida”, the production works brilliantly to capture the tone of the song, and overall succeeds in sounding the most sophisticated Land of Talk record yet, whilst still keeping something of their garage rock aesthetic.

As its title makes clear, Life After Youth is proof that the best days needn't necessarily be the early ones, and marks a strong and exciting return for fans and band alike.