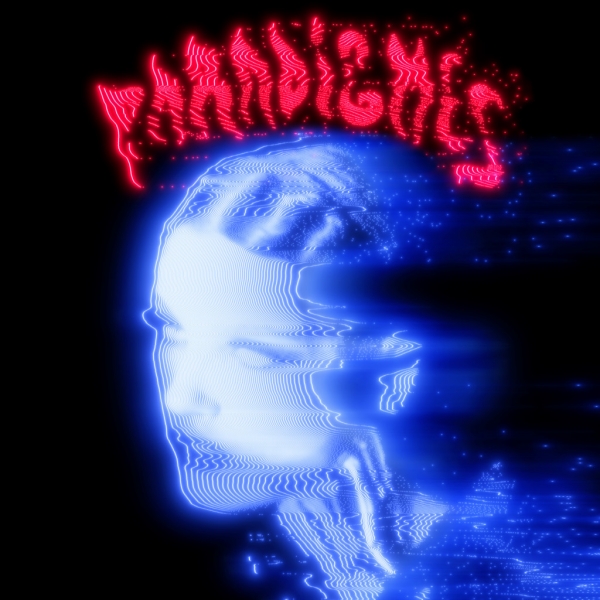 La Femme, a Parisian collective based around core members Sacha Got and Marlon Magné have refused to follow genre norms over previous albums 2013’s Psycho Tropical Berlin and the excellent Mystere three years later. Whether its trashy psych as played by techno acts, or prickly electro as louche sophisti-noir, the aggressive stylistic shifts of their albums are a chaotic, but ultimately exhilarating listen.

If La Femme did have a ‘typical sound’ it’s to be found within the hip hop beats and brass arrangements of "Paradigm" and "Cool Colorado", as well as the '60s chanteuse influences on "Nouvelle Orleans" and "Le Sang De Mon Prochain" which show off their skill for slinky pop crammed with tricksy production and aloof cool. This is their tried and tested though, Paradigmes comes into its own when they freak it up.

The wonky weirdness which made previous releases such a blast are scattered throughout this album and show off a fearless approach to taking a hard left turn. "Foutre Le Bordel" (which translated means 'fuck it up') is an 170 BPM shouty punk banger with sleazy glam guitar riffs and victorious sloganeering in the style of legendary compatriots Les Négresses Vertes. Instrumental "Lâcher de chevaux" fuses skiffle drums, reverbed whistling, the guitar twang of a Morricone Western film soundtrack, the frantic clip-clop of horse hoofs, topped off with an arpeggiated bassline which is pure Italo Disco. Disco is also channeled on highlight ‘Disconnexion’ which takes classic Parallel Lines era Blondie as a template, throwing in the spoken musings of a philosopher, a psychotic banjo solo where the chorus should be and OTT operatic female vocals before the speed increases to a frantic pace, exploding into messy close.

On the flip they’re equally adept at producing something less raucous. The lullaby based "Mon Ami" comes across as a reimagination of Suicide, but as a late '70s French disco act, while the Spanish sung "Le Jardin" takes the widescreen dreamscapes of Beach House and adds the kind of shuffling R&B dance beat synonymous with late ‘90s girl bands.

Although the sequencing may prove to be jarring to those who prefer albums to have defined beginning, mid and end points, the audacity to place Balearic pop ("Force & Respect"), next to minimal big-room techno ("Divine Creature"), and waspish breakdown electro ("Foreigner") is not to be sniffed at, it's just La Femme being La Femme.

With the age of the inward looking lockdown album now upon us, Paradigmes comes at a perfect time, it’s equal parts silly, serious, camp, and on occasion mildly ridiculous, but remains wildly inventive throughout, it’s one hell of a party.