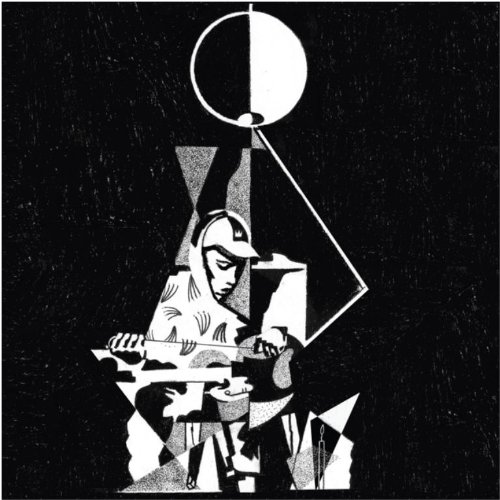 Of all the ways to celebrate your birthday, Archy Marshall picked a pretty good one. After making music throughout his childhood, then releasing a few bits under the name Zoo Kid, Marshall has settled on the moniker King Krule, with this debut coming out on his nineteenth birthday. His 2011 self-titled EP turned a lot of heads, causing Marshall to be burdened with the most unfortunate of tags: potential. Can this kid live up to such expectations? Is fulfilling one’s potential even really achievable, or is the weight of what’s possible too much to bear?

The album opens with ‘Easy Easy’, a song Marshall/Krule apparently wrote in 2007 (which would have made him twelve years old). It would be easy to praise Marshall for his bravery, opening his debut album with a song composed when he was so young, but the problem is… it kind of sounds like it. It’s great tone-setter, on the surface all spacious and brooding, but there’s not much underneath other than a simple guitar pattern and a fairly basic vocal melody.

The pattern continues in the next two numbers. The production here (and throughout the entire record) is so focused on Krule’s vocals that they overpower everything else. The delicate details are crushed under the weight of the lead vocal to the detriment of the first three tracks. Without the benefit of musical textures, the vocal delivery and guitar work can feel a touch too on the nose, even a little Lad-Rock. At times it’s a backing band away from being The Enemy.

Though everything changes when the beat hits on ‘Foreign 2’, and the album comes alive. The record’s highlights are when the music is strong enough to draw the focus from just his voice alone, the flow and rhythm-driven hooks of the more hip-hop influenced tracks showing what Krule is really capable of. He settles in to a groove, giving the music air. He’s most certainly not a rapper, but his voice sounds at its best when he can really wrap it round a rhythm. The best example of this is indisputable highlight, ‘Neptune Estate’ – here we build on a simple break, with delicate keys and brass backing up a repeated motif, “I wanna be with you, I wanna be used/Can’t you bear just one more night?”. It’s an honest message expertly delivered.

Across the album it’s clear that Krule is still learning how to get the best out of his unique vocal delivery. His drawl is undoubtably a gift – he sounds like nobody else around. Unfortunately though, there are brief moments when it gets away from him a little, and he sounds like he’s chanting at a football ground. The songs with a keen sense of rhythm, or with more going on musically, turn this into an honest and endearing quirk, and it’s only the more basic songs that this aspect of his vocals becomes grating.

As the album winds-down, we get a re-working of the song that started everything, a re-recording of ‘Out Getting Ribs’, Marshall’s debut single, first released when he was still working as Zoo Kid. Taken as a double album-closer, together with ‘Bathed In Grey’, it’s perfect – one song to round off the past, another to hint at what’s next. The former features just him and his guitar; the song itself being far deeper than the other more basic tracks on the album, and all the better for it. The latter is a low-key hip-hop ditty, building on a loose piano hook and a subtle backbeat.

6 Feet Beneath The Moon is an album of mixed emotions, a complex work of focused, driven highs and meandering, confusing lows. Though isn’t that a perfect summation of teenage years? Isn’t the whole point of our teens to try and figure out exactly who we are and what we want? Just as Archy Marshall the boy is becoming a man, King Krule the bedroom musician is becoming an artist.