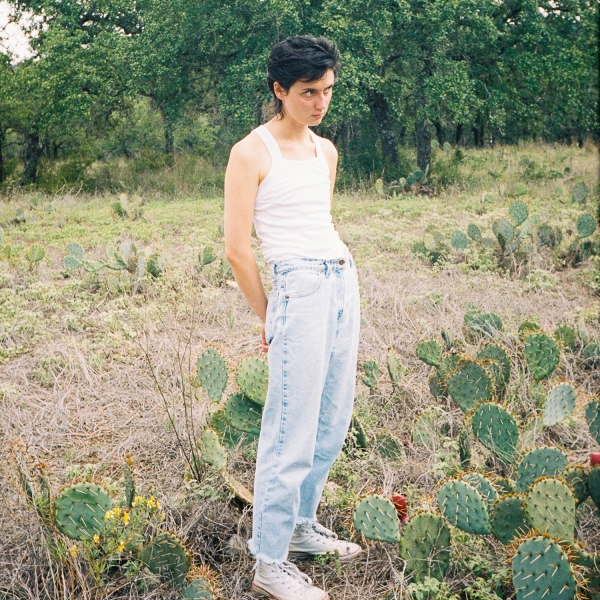 Born and raised in the small Texas town of Spicewood, Katy Kirby’s first foray into the world of music was playing in her local church’s worship band. Now, over a decade later, she holds the style in some derision for its approachable yet anodyne sound. On several occasions, she has described her struggle to fight the impulse to make her music more accessible. However, with Kirby’s debut record, Cool Dry Place, she deftly strikes a coveted balance, crafting inventive structures and appealing melodies in equal measure.

Despite the call of accessibility, the songs on Cool Dry Place actively resist convention. Kirby’s melodies twist, jump, and writhe, trailing off in unexpected directions through shifting folk and indie pop soundscapes and forming a beguiling tension within her music. Elements of the style recall bits of Hop Along in her unconventional melodicism or Andy Shauf in her penchant for memorable detail. However, Kirby's music is more than the sum of her influences. She carves her own path, marrying playful indie pop instrumentation, pastoral folk influences, and fractured character studies for a stellar debut album.

Though the record is Kirby’s full-length debut, the origins of these songs date back over years and multiple incarnations. Most were recorded in fits and starts, pointing towards the carefully considered nature of the record. A handful of tracks ("Juniper", "Peppermint", and "Tap Twice") appeared in a slightly more hardscrabble form on her Juniper EP but take on new life here with the addition of a full band. “Juniper” is filled with easygoing guitar licks and bright melodies as percussion darts in and out. The track remains ever playful, with the song’s rising electric tension nearly spilling over before dissipating into gently plucked guitar chords. Similarly, “Tap Twice” subtly builds a gentle folk presentation into a rollicking jam session, making full use of the backing band to provide a forceful presence to Kirby’s lilting vocals.

Owing to the extended writing and recording process, these songs are less of a reflection on Kirby herself. Instead, the topics are scattered as Kirby leans away from the confessional in favor of splintered storytelling and offbeat character imagery. “Juniper'' examines motherhood and the ways parents can leave lasting scars, while mid-album highlight “Traffic!” sarcastically calls out the self-absorbed angst of a partner. The relationships here are painted with microscopic details and mismatched personalities. Sometimes these highlight Kirby’s sense of humor, as on “Portals” (“I’m an alternate universe in Target lingerie / You’re a country song in three-four time”), but Kirby is equally capable of hitting with lyrical gut punches, as on “Tap Twice” (“And I see you in the future, you look just the same but older / And I wave to you but I don’t swerve my head”).

Kirby’s music is an exercise in this type of contrast, enlacing nimble melodies with subtle lyrical barbs before building into towering swirls of instrumentation. The title track is one of the most effective examples. Kirby initially sounds muted, mirroring the lyrics, which begin restless and unsure of a new relationship. Quickly the song gains force, crescendoing into a stormy finish, as Kirby gives in to vulnerability. “Traffic!” also creatively deploys regal church organ and hints of Autotuned vocals, setting a striking contrast with the lithe melody. Even the more serene moments have a slight underlying distortion. A warped metallic soundscape and discordant strings run alongside the piano-led ballad on “Portals.” Earlier, the rustic acoustic opener, “Eyelids,” fills the song with gentle lo-fi strumming and distant resonant piano, opting for restrained minimalism over colorful arrangements.

After a long road to fruition, Cool Dry Place arrives fully realised, endlessly clever, and refreshingly novel. Kirby’s debut is at its best when mining the tension between approachability and adventure. Kirby may not be tethered to convention, but she also doesn’t shy away from a heartfelt ballad or immediately catchy melody. Instead, she subverts expectations and embraces contradiction, creating fascinating sonic concoctions with familiar ingredients, all brought together by her twisting melodic sensibility.