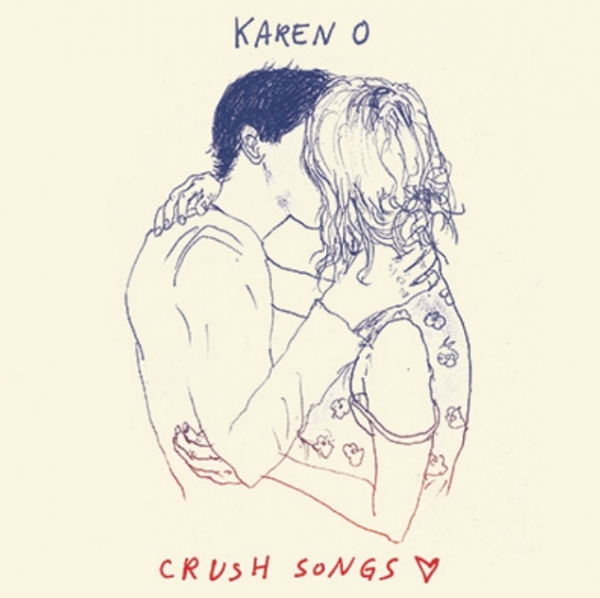 An intrinsic cog in the Yeah Yeah Yeahs’ machine, Karen Lee Orzolek wields a glorious notoriety for being an ardent experimentalist, perpetual oddball and, frankly, one of the finest rock singers – scratch that, singers full stop – of the century. It’s tough to imagine that she has many complaints about the cult of personality that surrounds her.

We’ve heard many an effort from Karen O alongside Nick Zinner and Brian Chase, last year’s Mosquito being the most recent, but sadly not one of the strongest. “Sacrilege” was an impressive, striking effort however, brandishing fangs and the wormhole chaos that It’s Blitz! had in ladelfuls. Though chronologically we’re seeing Karen O’s solo debut now, its relationship to Mosquito is moot, given that O wrote and recorded the LP in 2006/7. In a purely aural sense, it’s closer to O and Ezra Koenig’s Oscar-nommed “The Moon Song”, but even that’s a fairly tenuous link. Basically, this is a new side to O that we’re seeing.

Her first solo full-length, entitled Crush Songs, far from the jagged art-punk and power-pop bravado, is a crackling lo-fi acoustic anthology. It’s a vastly different pace from O, and one that allows her voice to gleam and grow; this isn’t about Zinner’s axe antics or the interplay between punk percussion and gritty hooks, this is about Karen O. Explaining the record’s aims before its release, O talks of the deeply romantic roots and youthful leanings: “When I was 27, I crushed a lot. These songs were written and recorded in private around this time. They are the soundtrack to what was an ever-continuing love crusade.”

A lot of the album is cute, quaint even. Verging on twee. Sickly, Michael Cera’s voice-hasn’t-quite-broken Juno OST gloop. Fret buzz plagues the chronically imperfect guitar, and the DIY recording methods – or more cynically, the layers of effects – draw unwanted attention rather than cultivate an aura. It’s a wonderfully simple album, with noble goals and a spotlight of O’s dulcet pipes, but it’s also flimsy, a tad cheesy, and, unless your president of her fanclub, utterly throwaway. There aren’t many that’ll consider this a must-buy for any other reason than completionist hoarding.

“Rapt” is admittedly fantastic: “Do I need another habit like you?” she coos, spurned and bruised. The rhythms and pace are crucially interesting, and it’s got that idiosyncratic sass that O brandishes. “Visits” is pretty good too. A grungier, drum machine plus bass guitar effort, it feels like a YYY demo just waiting to be fleshed out. “Body” is a standout paean. Rife with melody, there’s an anthemic feel to it, probably coming from the addition of synths and sleigh bells. “If you love somebody, anybody/take the time for a settle (saddle? Subtle?)/read it in their eyes/know it deep inside and make it right for yourself,” O sings, with depth and meaning. What makes it stand above the rest is the barrage of static, feedback, warbling and howls midway through, akin to an acoustic Sonic Youth.

The record’s all about O, but we don’t learn anything new. She croons about schoolyard lusts and mild obsessions, but it says little about her now, or even about her at that time. It’s personal – perhaps too much so – in that it can be inaccessible and/or devoid of meaning outside of the immediacy of her heart. But then it doesn’t feel like a self-indulgent collection; there’s a sincerity to her endeavours that endear you to the album despite it’s abundance of misgivings.