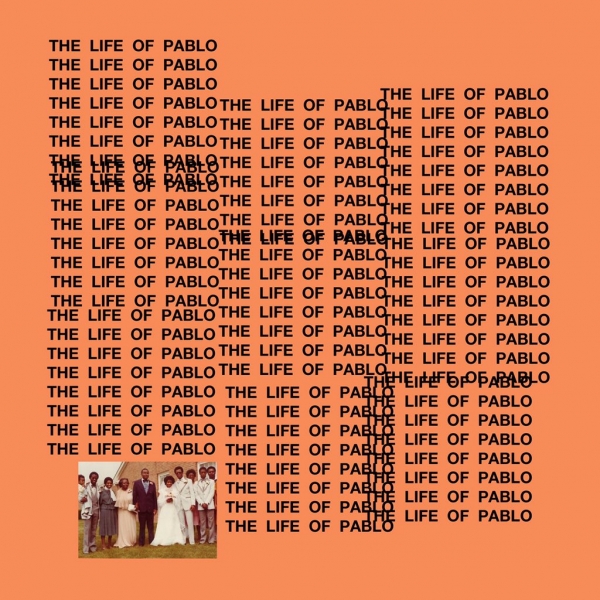 Never before have we had such a detailed insight into the chaotic making of an album as with Kanye West’s The Life of Pablo.

Among glimpses into his unique mind, including ill-advised rows with ex-girlfriends, a computer game based on his mum’s journey to heaven, tweets about Bill Cosby and pleas to Mark Zuckerberg, we've witnessed the album change title four times, the tracklisting being revised on scraps of notepad and release dates pass by (For the record Waves, Swish and So Help Me God were all better names than T.L.O.P).

Eventually a launch gig in Madison Square Garden failed to actually launch the album when Kanye instead decided to play an incomplete version of the record from his laptop to flog his latest fashion range.

Days after the much touted release date the record was finally finished (and eight tracks longer). Was it worth the wait and drama? Well, sort of.

Opening track “Ultralight Beam” is one of Kanye's greatest songs - taking the bombast of “Power” and “Jesus Walks” and adding a deeper gospel influence. The Dream, Kelly Price and the booming kick drum set the tone for the first half of ….Pablo - with intense, soulful songs like “Father Stretch My Hands”, “FML”, “Waves” and “Lowlights/Highlights” following.

As with 'Ye's last two albums - Yeezus and his masterpiece My Beautiful Dark Twisted Fantasy - the beats are more ambitious, layered and leftfield than anything else around. “Freestyle 4” picks up where Daft Punk left off on Yeezus with Kanye rapping over electro beats and Hitchcock strings, while “Feedback’s” mind-bending synth sound is enough to make you believe Kanye's 'crazy genius' boast on the track. But frustratingly both those songs end after two minutes just as they hit their stride.

When the beats are allowed to ride out on the most straight-forward hip hop songs “30 Hours” and “No More Parties…”, the results are also impressive. The slow builds of “FML” and “Wolves” prove that the Chicago MC and producer still does mournful, trippy rap better than any new imitators who’ve arrived in his wake.

Swizz Beats, Rick Rubin, Hudson Mohawke and his longtime right hand man Mike Dean are all involved on production this time around. Arguably Kanye’s biggest strength is picking collaborators and samples; on his debut The College Dropout he bagged Mos Def, Talib Kweli and Jay Z for verses. He added lush, orchestral sounds to Late Registration by co-producing with Jon Brion, and with MBDTF he launched Nicki Minaj, sampled Apex Twin and King Crimson and worked with RZA, Elton John, Bon Iver and Jeff Bhasker.

On The Life Of Pablo Frank Ocean, The Dream and Young Thug all prove their worth as guest vocalists, though Andre 3000 is underused on “30 Hours” and Kendrick Lamar below par on …Parties. The best verse on the entire album comes from Chance The Rapper, on “Ultralight Beams”, which highlights the lack of great lines from Kanye on his own LP.

Too often his raps are egotistical, self-pitying, trashy, crass or just clunky- distracting from the sonic feats behind the vocals. The unnecessary Taylor Swift-referencing line opening “Famous”, one of the weakest tracks on the album, is just one example; there’s also talk of bleached backsides, the word ‘bitch’ x 1000 and too many anguished vocoder screams. On “Highlights” he rhymes ‘Farrakhan’ with ‘marathon’ and then says of his reality star brother-in-law: “Blac Chyna fucking Rob/help him with the weight/I wish my trainer would tell me what I over ate.” It’s a line unlikely to hold up in a year's time let alone decades from now - unlike lyrics from records by artists he sees as equals; Marvin Gaye, Lauryn Hill, Jimi Hendrix and Stevie Wonder.

Among the paranoia and egotism there are rare and funny moments of clarity, most notably on the 44 second a cappella “I Love Kanye”, but they only make the frequent rants more annoying.

So The Life Of Pablo isn’t the greatest album of ‘life’, ever, or even the best album of Kanye’s career. But at times he’s still the most adventurous artist of his generation. And the most frustrating.