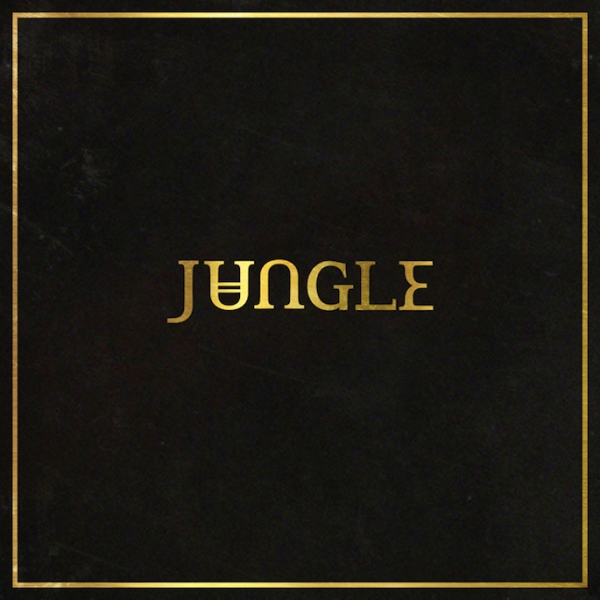 Being the buzziest buzzband this side of Haim, Jungle might as well be made of bees. The clunking, clattering, cantankerous hype machine rattled into action upon their early releases like “Busy Earnin’” and “Lucky I Got What I Want”, with public interest snowballing with every electro-funk lick and synthpop coo. It wasn’t unwarranted attention, with Jungle’s m.o. being decisively unique; their cloak’n’dagger approach injected further intrigue, making us salivate for any snippets of detail, dumbfounded at the lack of knowledge in this information age.

Dubbed simply ‘J’ and ‘T’ – probably not as a nod to the Timberman himself (though Jungle’s love of R&B falsetto and tricksy beats is strong…) – the enigmatic twosome spent their early months hiding behind the smoke and mirrors of 6-year-old breakdancers, the tightly-choreographed cast of West Side Story set in Croydon, and a pop-up rollerdisco. In that time, the West London childhood chums have cultivated a strange aura for their eponymous debut full-length. A mixture of fantabulous dance moves, mesmerisingly cut shapes, inner-city decay and otherworldly glaring, they conjure visions of the likes of Prince sauntering around Chatham Estate in all his purple glory.

The noises they make embiggen that notion. “Busy Earnin’” is a climactic salvo, stuffed with crescendos, denouements and all manner of brass chirrups, neo-soul passion and ratatat beats. “Lucky I Got What I Want” throbs and pulses, led by mammoth basslines and the mechanical whir of taut fingerclicks. “Platoon” is a maliciously belligerent end-of-night rabble-rouser; “The Heat” delves deep into ‘80s funk and tropicalia – watch out for chunky bass riffs and the psychedelic sting; “Time” is enormous and busting at the seams with mellifluous top-register croons and the smirking flicker of muted axe. We may have heard a heaping dollop of Jungle’s ditties prior to their debut LP being released, but boy, they ain’t harf mindblowing.

There’s juicy hidden morsels also, tucked between the neons and raucous revelry of singles and already-released bangers. “Crumbler” could be a late-70s disco ballad with sights set on the French Riviera, “Julia” is a rambunctious, lovelorn paean, “Lemonade Lake” shares similarities with Glass Animals. They offer more than instant-hit formulae, and they explore the full breadth of their repertoire on Jungle.

With most hyped-up acts, there’s a worry that they’ll buckle under the weight of expectation, but was there ever any doubt that Jungle could deliver brilliance? Their first LP is an impressive, swaggering effort. Heavy on the party-catalysts and sonic Frankensteinery, it promises to be a sublime addition to DJ sets, house shindigs and general knees-ups. Combining the pop world’s two biggest current loves – forward-thinking dance music and throwback soul/funk – Jungle are ticking every box on the ‘perfect debut’ checklist, and they’re doing it with pizazz.