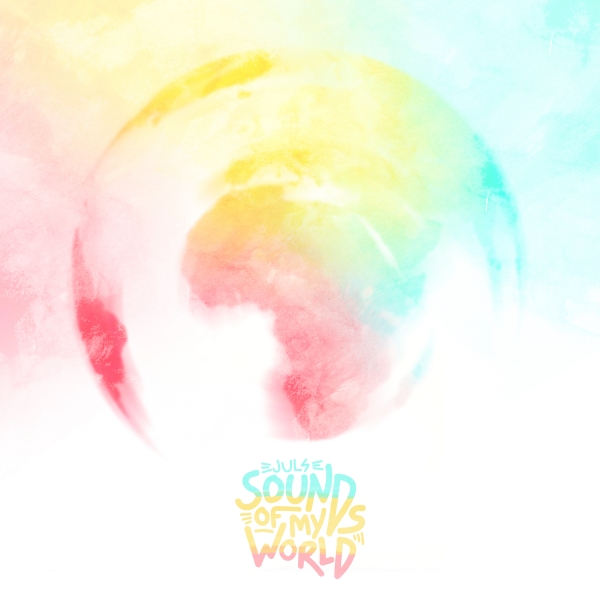 Juls is the first to admit that Sounds of My World is an album intended for sunny weather. Described by the man himself as a celebration of “love, good times and summer”, it was only finalised last month, its lateness arising as a result of a perfectionist streak. At the project’s launch, however, he’s unphased by its shifting timeline, joking “it does get cold in the winter…”

Reaching beyond the East London producer’s career-defining comfort zone of afrobeats while staying true to his signature sound, the LP takes cues from myriad genres including amapiano, Baile funk and R&B. Officially his debut album – as he considers 2019’s Colour to be a mixtape – it’s a rich, textured body of work which spans a plethora of languages and calls upon an intercontinental cohort of collaborators.

Sounds of My World is imbued with a sense of elation from start to finish, often underscored by bubbling pitched percussion, vibrant guitar licks and silky keys. Opener “Close to Me” is an instant highlight, kicking things off with a beatboxed passage from Juls and a soulful contribution from Moluccan-Dutch singer Jaël before launching into a dubwise fusion of African and Caribbean sounds. Then there’s “Makossa”, a track with a fascinating life cycle. Initially an enchanting demo voiced by Congolese singer TRESOR, it nearly ended up on the album as an instrumental until a chance encounter with WSTRN’s Haile mere weeks ago resulted in the pair starting afresh with a new composition under the same name.

The multilingual “Mare”, the first taste of a wealth of material recorded in Kenya with local popstars Sauti Sol, is another late standout, beset with stuttering grooves and decorated with feel-good flourishes of jubilant brass. And with such a range of styles and tongues on display, each track will quite literally speak to different audiences.