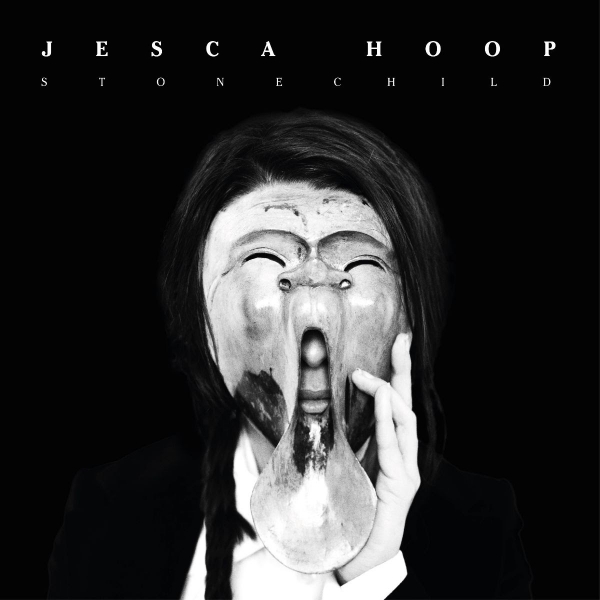 Jesca Hoop is an artist concerned with liminality.

Her discography is often grounded in intersection: between the spiritual and the physical, the ancient and the modern, microcosm and macrocosm. Her outcries against the current sociopolitical climate are often conflated with equally emotionally-charged studies of the self.

On 2017’s Memories are Now, Hoop broached her subject matter with a newly invigorated forwardness that at times felt overt. Contrastingly, on Stonechild, Hoop deciphers oblivion with the austerity of a high priestess. Her latest body of work is titled after a calcified foetus displayed in a medical museum in Philadelphia. It serves as the perfect metaphor for Hoop’s contemplative delivery; she is stolid, unhurried and laser-focused.

The album opener “Free of the Feeling” is injected with an electricity that permeates the record. Its plucky guitar-based instrumentation is underpinned by disquieted synths, evoking the image of falling snow on a cloudless, starless winter night. The song itself can best be described as a hymn for stasis; its lyrics are charged with symbolism (“Where the ringing bell falls deaf / We go look for dark. / When our flag is waving red / We look for dark”). Elsewhere, on tracks such as “Old Fear of Father”, Hoop launches a searing critique of misogyny and patriarchy, the use of her falsetto signposting the chilling directness of her message. Her lyricism is deceptively picturesque, tinged with imagery that shocks and stuns. On “Red White and Black”, the singer launches a fiercely ethereal riposte against white supremacy (“Now the iron cloth that’s cut from the loom bares the black and white stripe of a cotton field rolling / And the dark mines and flame of redeemers put them right back in the iron cloth and the flag is waving”). It’s refrain is mantric, elliptical and addictive – qualities that typify the songs on this album, such as the heartbreaking “All Time Low”, as well “Outside of Eden”, Hoop’s world-weary dust with Kate Stables (“Will Love like this exist?”).

Certainly, there is nothing dishonest about Hoop’s chosen method of artistic expression. Its moments of melodrama are conveyed with remarkable poise and elegance, so much so that they come across, at least on the surface, as intrinsic components of the record. “Shoulder Charge” is a slow-moving lament that sees Hoop and collaborator Lucius examine the loneliness of disconnection. Most noticeably, the track sees the otherwise-restrained Hoop let loose vocally during the song’s midsection (“If I told you what’s been really going on / Surely I’d have lost your love…”). If it weren’t for the singer’s virtuosity, such a moment of passion would seem at odds with the overall soundscape of the album.

Thus, the singer’s approach on the album can best be described as a meditation on individual and collective identity. Locating one overarching theme in the album would ignore the chaos of the society in which it was produced. Hoop’s frequent deployment of polyphony creates a monastery of sound, establishing an atmosphere for confession. Her voice is tremulous, then feather-light and tinged with an understated melancholy that wavers in its intensity, but refuses to falter. Stonechild isn’t as much a revelation as it is an affirmation of the truth – a truth which the singer bears out across the album in fragments, inviting her listeners to construct a full picture for themselves.