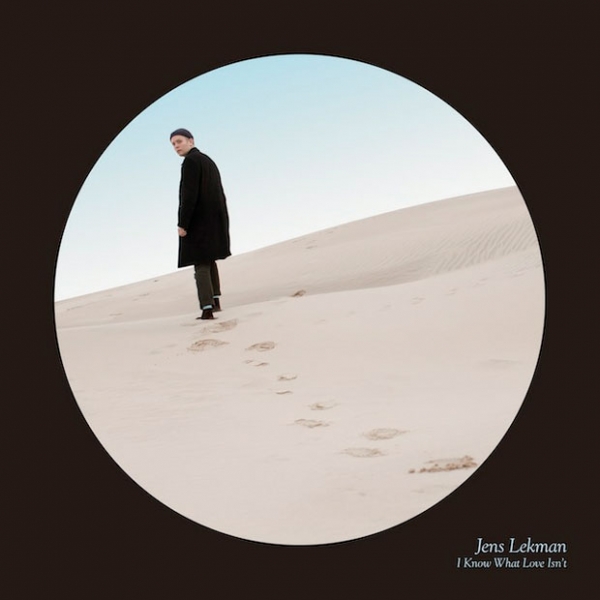 Second guessing where an artist will go next is an often futile, albeit entertaining pastime. In the twelve years since his first release, Jens Lekman’s output has been marked by the qualitative rather than the quantitative – a collection of EPs, a smattering of singles and two outstanding albums.

Five years on since Night Falls on Kortadela and Gothenburg’s prodigal son followed up that release with a protracted period of leave in Australia while a legion of fans patiently waited for album number three. Kortadela’s success would surely be difficult to match – it’s a defining record, in terms of its role in developing Lekman’s marmite persona and as a musical coming-of-age for the Swedish singer-songwriter. He once described the album as “a collection of recordings 2004-2007″ and it remains so – if not in sound then certainly in theme, with a biographical cut-and-paste juxtaposition of first kiss memories nestling alongside whimsical snapshots of Swedish suburbia. And at the centre is Jens the sensitive, deadpan, thinks-too-much everyman. Equal parts Don Quixote and Sancho Panza, he’s cast adrift amongst a sea of characters – chiefly, women defined by strident life and career choices, and colourful backstories.

Expectations for I Know What Love Isn’t were subverted by last year’s relatively low-key An Argument With Myself EP, which offered four slices of classic Jens but little indication of any significant progression. In retrospect – having lived with Lekman’s new record for more than two months – that particular EP now make sense as a purging exercise, a hangover from Kortadela times rather than than a prelude to I Know What Love Isn’t.

Lekman has spoken at length about his sense of accomplishment with the new record – specifically how it redefined his personal concept of what an “album” is. More than just a “collection of recordings”, I Know What Love Isn’t succeeds in being the first truly cohesive body of work that the Swede has produced; an achievement tied together both thematically and musically in a way that’s stronger than anything he’s managed before and arguably more successful than anything you’re likely to hear this year.

Most albums that concern themselves with the end of a relationship usually attempt to reconcile the individual with the the loss of their once significant other but Lekman’s focus is mainly elsewhere. It’s with the party responsible for the break-up on ‘Some Dandruff On Your Shoulder’. And it’s with the two friends who entertain the notion of marriage for a green-card as a reason arguably more valid than love on ‘I Know What Love Isn’t’. His interest on IKWLI lies in the realisation and exploration of the real struggle: understanding the relationship that the world has with the individual, post-breakup. ”That’s what it’s like when you’ve had your heart broken/The world just shrugs its shoulders and keeps going”, he concludes on ‘The World Moves On’, one of the record’s tentpole tracks and a veritable manifesto for the broken-hearted.

The sentiment is reiterated on ‘The End Of The World Is Bigger Than Love’, which affirms that “a broken heart is not the end of the world”. It’s these two tracks more than any other that bear the weight of the record’s grand theme and signify Lekman’s reinvention of the break-up record. It’s there in the album’s title too which tells us succinctly that the only certainty in love is knowing when it’s gone.

IKWLI bears a similar musical lustre to Kortadela but it’s more organic and expansive, drawing real breaths from lungs strong on a diet of high influences, as learned as they are eclectic. While there are audible nods to the Tropicalia sound (a constant in Kortadela‘s flourish-laden production), it’s the bossa nova leanings that end up a perfectly matched backdrop for the album’s rich theme. ’Erica America’ and ‘Some Dandruff on Your Shoulder’ offer up saxophone solos that collectively recall ‘Careless Whisper‘ via Stan Getz. On ‘Every Little Hair Knows Your Name’ we’re given phrasings that would fit comfortably alongside the best of João Gilberto.

Surprisingly, Lekman’s fondness for samples is nowhere to be seen at all and it’s not something I found myself missing. The dry-but-emotional dynamic that drives the record depends on a musical honesty which is to be found throughout. It’s the same kind of honesty that Ryan Adams found for his solo debut Heartbreaker – another great break-up record that wears its heart on its sleeve but lacks the lyrical wit of Lekman’s unique point of view.

So is I Know What Love Isn’t Jens Lekman’s great masterwork, his Blood on the Tracks? On the evidence of how far he’s progressed across three records, there’s an intelligent, ever-developing artist who will continue to learn, improve and adapt so I’d be prepared to hold out for what comes next before making such a call. With that in mind, another five years to the next record seems like a perfectly acceptable wait.