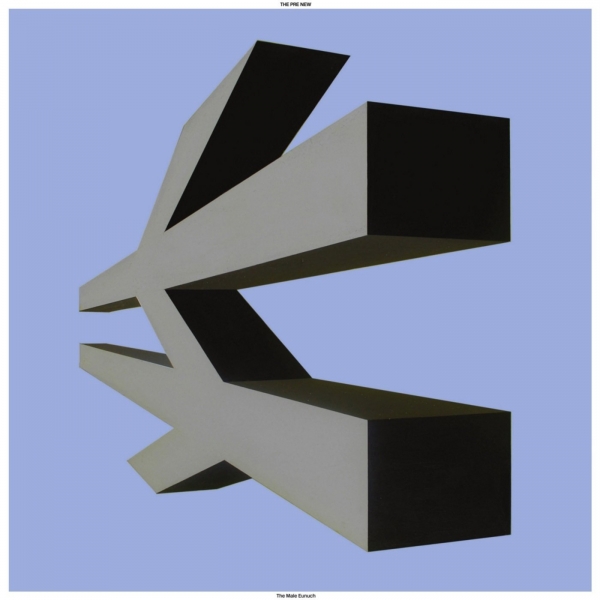 That revolution we were told about never was shown on the telly after all. It was ostracised, anaesthetised by important men in suits (posh ones, like from Next), killed off by guys with big ideas and small willies, hell bent on selling you the Riverside Apartment Dream, a tiny box with exposed brick and aesthetically pleasing soft furnishings that can be all yours, just 350k.

Now, there's a new machine to rally against, and this is where The Male Eunuch kicks in, The Pre New's second album that has them kicking against the pricks in a gloriously grumpy old man kind of way. Led by multiple vocalists, Jim Fry in particular mastering the art of a withering lyrical put down, on this form it's certainly safer to be with them than against them.

The ‘New’ of The Pre New is new, the ‘Pre’ is made up of members of two sorely missed UK acts World of Twist and Earl Brutus, and together they conjure up a sound which respectively references both bands without nostalgia or genre boundaries getting in the way.

Opening track "Speed Queen" is in no way indicative of what's to come, but as their 2010 debut Music For People Who Hate Themselves showed, theirs is a pick n’ mix laced with bleach sound. This track shows off a power punk edge with pervy lyrics: "Speed Queen, just seventeen / do you know what I mean / leather scene / sex queen – old man’s dream" , it's  the kind of glam rock blast that Placebo could never quite come up with and proves to be a thrilling start.

World of Twist, by a classic piece of bad timing, did what Pulp did, better, and three years prior to Jarvis becoming some kind of bastion for camp Northern indie pop. Their sole album, 1991's Quality Street is a lost British classic, but releasing only a couple of EPs either side of the album means there's very little music to enjoy. That's what makes "Flaccid Astronaut” such a pleasure, with Jim Fry’s reminiscing: “All I wanted to was / work at Jodrell Bank / and leave the bank / and find out what life was" followed by an absolutely gorgeous chorus of “Future rising ten feet tall / little man you’re so much more / future changing uniform / little man don’t lose control”. Weird squiggles, xylophones and synthesiser work culminate in a track similar to WOT's much loved "Sweets", and it’s pure joy.

"Europa Superstar #2" provides another highlight; a pounding electro tune similar in style to Depeche Mode and Technique era New Order, it's a sneering diatribe against the modes of entertainment of the vaguely middle class. The snarling line “Red Wine is kicking, Easy Jet tickets and a bottle of Kava-it just gets better", breaks down into a techno throb that could easily be released on Kompakt Records with rapped lyrics about having a purpose: "I'm documentary / travelled from London / film children in tunnels / under the surface " - snotty, judgemental brilliance.

Elsewhere "MRI Classics" is the hymn "Jerusalem" with clanking MRI scanner sounds over the top, "Photographed" is a moody synth heavy nod to early 80s Italo and EDM, while the title track takes the electronics to a darker place. Lyrically, this is also the bitterest point of the album, as we bemoan "The mongs,  the twats, the overpaid fucks/fuckwits the tasteless losers/the floating debris of failure-failure-why breathe?".

The Fall at their most Krautrock inform the heavy grind of "Janet vs John"'s tale of a relationship break down ("Clear the shit up off my lawn"), with bitchy recollections of the "photographs of you when you were thin" that break down to a nagging electro riff where Fry creeps back into the house "Past the pictures of the kids when they were young / and all the emptiness the  guy from Elbow never sung".

Throwing in references to various Farrow and Ball paint colours, Asos, estate agents, and thoroughly unsavoury characters such as Heroin Stan (stabbed his mam), this is middle-aged angst set to music. Both World of Twist and Earl Brutus have a classic album to their name, and now, so do The Pre New.