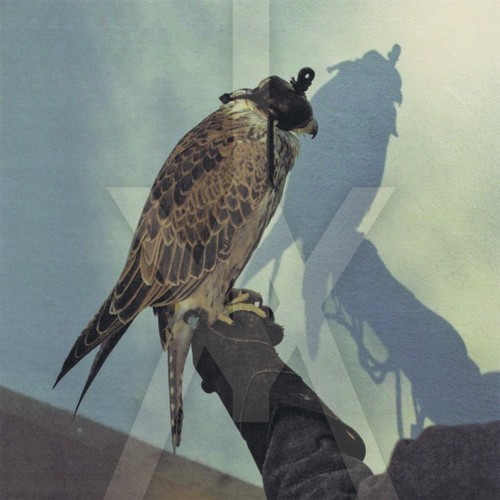 “Pressure! Pressure! Oh God no!” yells Elias Rønnenfelt on You’re Nothing’s opening track ‘Ecstasy’. If Iceage were worried about following up 2011’s widely lauded debut New Brigade, they needn’t have been. Whatever the Danes chose to make of their return, it would almost certainly be worth sticking around for.

And so it is with You’re Nothing, an album that sees the gothic, post-punk misanthropy of their debut bolstered by a perhaps surprising level of muscularity and a heightened emotional intellect that leaves its sentiment lingering long after the album’s fleeting 28 minutes have passed.

Arguably the most prominent “punk” statement of 2012 was No Love Deep Web, Death Grips’ combative, erection-emblazoned record company “F*ck You”. Months before, Cedric Bixler-Zavala had claimed that The Mars Volta’s final album (as it turned out to be) would be a work of “futurepunk”. In an environment where such interrogations of punk ideals are both compelling and aptly subversive, Iceage have done well with You’re Nothing to release an album that evokes the spirit and keen intelligence of past punk-rock innovators – of Fugazi, Refused and Bixler-Zavala’s ‘other band’, At The Drive-In, for example – while still representing a surefooted step forward.

From a buzzing, mid-pace swarm of guitars and sizzling hi-hat, opening track ‘Ecstasy’ launches into a chorus yell from Elias Rønnenfelt: “What shade/Of joy/Will hit/Me first?/I hope/It lasts/A burst/In bliss”. This almost innocent refrain is followed by another on ‘Coalition’: “The way I’m coded is like winter’s change to spring”. But Rønnenfelt also sings of burning hands and wounded hearts, of thorns and “depraved roses”; pressure is applied by “pleasant cages”, by “patterns laid”, by sexual and societal expectations and any shades of joy are both “a blessing and a curse” – precisely because they don’t last.

This is social interrogation that is both anguished and angry, and at times laden with wit and irony; “Oh, what a triumph/Society’s rise”, sneers Rønnenfelt at one point, “Modern civilization/Look at the size”. Neither is it devoid of hope, however; when the frontman yells “You’re nothing!” repeatedly over the album’s eponymous closing track, liberation doesn’t feel far away – “When we have nothing left to lose”, as Ian MacKaye once sang, “You will have nothing left to use”.

Musically, too, the songs too are more expansive – more nuanced even, than on New Brigade. The album’s fifth track ‘Morals’ combines a spiralling rapid-fire chorus with juddering piano-rooted verses inspired by a 1965 ballad from the 1960’s Italian songstress Mina Mazzini. Elsewhere, explosive instrumental bursts emerge, flying, from post-punk abrasiveness, while strangled guitar lines lead from the front. The whole thing is imbued with a forceful musical conviction that only enhances the impact of Rønnenfelt’s lyrics.

A lot has been made of the idea that You’re Nothing is the work of a more mature band than the one who made such an impact with their debut. The problem is, chalking up Iceage’s progression on You’re Nothing as a consequence of age seems a little patronising, particularly when considering how far New Brigade had already put them ahead of their peers. What You’re Nothing does represent, however, is the evidence of a band opening up. There’s a more palpable sense of heart than before, and with that heart comes higher urgency, a greater focus and a more constructive rage. The result is an intelligent and thrilling collection of existential punk-rock that has so much more to offer than those two paltry words, “punk” or “rock” could ever suggest.