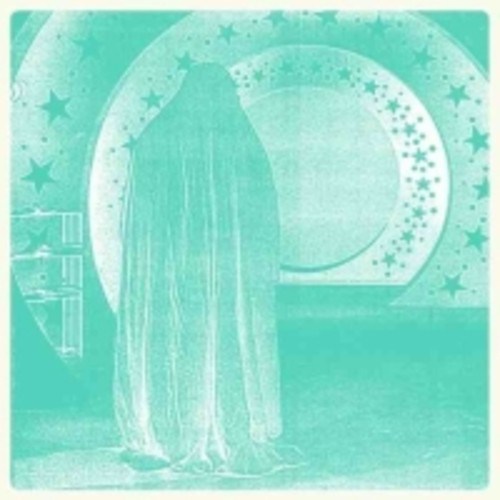 Pearl Mystic is nothing if not testimony to a scene that has been residing indolently in the shadows of the prosaic indie bands from Leeds’ past; and right now it feels pertinent.

While the city has had a relatively healthy amount of influential bands peering above the surface of success (Wedding Present, Gang Of Four, The Sisters of Mercy) it’s bands like Kaiser Chiefs and The Pigeon Detectives that have come to shape and contort West Yorkshire’s’ musical landscape. Beneath the colourless canvas of neo-Britpop drudgery lies a spirit and ethos of punk that can be found around the LS6 student district of Hyde Park, where bands such as Bilge Pump, Polaris and Brown Owl have contributed to the formation of Leeds’ DIY infrastructure, along with their contemporaries such as Cowtown and indeed Hookworms, the latter part of the new wave of psych-orientated bands currently cropping up all over the UK.

It’s easy to approach the psychedelic tag with misinformed ideas of “flower-power escapism”, and while Pearl Mystic does contain an aesthetic that adheres to psych’s foggy canon by extolling the virtues of heady reverb, delay and repetition, the results feel a lot more purgative than the slightly deceptive tag. Themes of depression, loss and existentialism converge under hypnotic guitar drones, resonant bass lines and crashing cymbals that envelope the album; it’s escapism, but it doesn’t lack sentiment. This debut twists and melds the rich mesmeric qualities of their earlier eponymous 4-track EP with a shift in pace and an altogether more organic understanding of contemporary psych. Comparisons to Spaceman 3 are exemplified in their subversion of archetypal psychedelia, where underlying aspects of belligerent punk simmer beneath its kaleidoscopic exterior. This is patent from the start: opener ‘Away/Towards’ is a textured, tension-building, entrancing drone-scape of sprawling psychedelia that ricochets and crashes into a relentless crescendo of keys, guitars and feedback. ‘In Our Time’ is a little less esoteric and shows the band at their most contemplative – but it’s still ragged at the edges; malevolent discord underpins MJ’s delayed vocals; it’s a statement of intent for this album of highs, lows and dynamic range.

There are a multitude of influences informing this record, from the Modern Lovers-esque keyboard playing and krautrock inspired techniques, such as the organ-driven motorik in the middle of the atmospheric ‘Away/Towards’, to MJ’s vocals that bellow and howl over the whirlwind of cacophonous brilliance in the same vein as Ian Svenonius from Nation of Ulysses. It’s not explicitly copyist though: among the profusion of nods to bygone eras is a singular interpretation of these genres. You get the sense here that Hookworms know what they are doing, playing each song with conviction; it’s a sound from a band who are well versed in the influences that inform them and it shows.

Pearl Mystic is a promising debut from Hookworms, but whether it’s universally appealing is impugnable – there’s a suspicion that accessibility is not exactly on the top of Hookworms’ priorities; instead making interesting, immersive music to get lost in clearly is. Yorkshire has a new sound, and it’s one that I for one welcome with open arms.