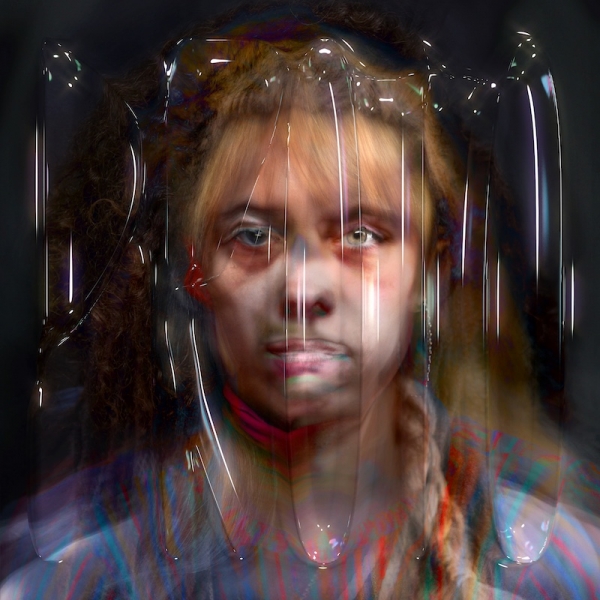 We usually refer to the future using the definite article, imbuing the abstract and unknowable tomorrow with a strange sense of fixity that we’re powerless to change.

Yet however monolithic, coldly rational and value-free artificial intelligence and automation appear in the popular imagination, the way they will affect societies, and to what ends, depends entirely on the political and ethical choices that the powers-that-be make today.

Holly Herndon, the San Francisco-based sound artist and composer, is adamant that we should embrace and explore these new opportunities, liberating us to be “more human together”. Where previous albums Movement and Platform focused on the laptop as a conduit for embodied, personal expression, on PROTO Herndon asks how we might empower new forms of collective creativity in the age of machine learning.

Injecting a previously absent communal physicality into the writing process, Herndon and partner Mat Dryhurst convened group “learning sessions” with vocalists. They’d gather for soup and singing in the religious tradition of the Sacred Harp (where members stand in a circle or square facing each other). Meanwhile, their self-built AI program “Spawn” learned to interpret the sounds, relaying them back as an equal member of the ensemble.

By no means music ‘written by robots’, PROTO is intended to represent the fruits of tech-aided musical collaboration where a vital sense of collective humanity is preserved at the centre of the writing process. Despite such utopian-sounding sentiments, what emerges is an icy ambivalence, a spectacular mixture of fear and exhilaration at the prospect of our future relationship with technology.

The results are heard in their rawest form on opener "Birth", the first strangled, gurgling noises Spawn made that resembled the humans that taught it. Likewise on "Godmother", an altogether more unsettling listen, the program spits and beatboxes the recognisably syncopated triplets of Jlin, a frequent collaborator of Herndon’s, after having been exposed to her music. Neither of these tracks are particularly nice to listen to, and nor are they meant to be. More uncanny dread than positive acceptance, these compositions are merely instructive of the naked capabilities of the technology.

Once situated and dispersed amongst Herndon’s brutally emotive electronic sound collages, the true power of the project is revealed. Building on the rich, bewildering avant-pop of her previous output, around half of the album maintains a discernibly club-influenced sound palette within this new conceptual environment. "Eternal" and "Alienation" stomp and thrash to transcendental effect, as Herndon’s ethereal, manipulated vocals pierce through jagged masses of percussion and synths.

On the rapturous "SWIM", the organic and the synthetic are indistinguishable, as spiralling vocal melodies bloom outwards and upwards. After opening with what sounds like a combination of human chanting and artificial imitation, "Frontier" erupts into a propulsive stew of vocal shards and devotional wailing. Despite a manifestly electronic texture, Herndon imbues the album with the spiritual exaltation of ritualised singing so that while undertones of unearthly disquiet remain, they're constantly offset by the defiant human condition of the choir.

PROTO vacillates between ecstasy and anxiety, collapsing one into the other, and perfectly captures the conflicted feelings many possess as we face the future. A crucial step forward, its approach demonstrates that maintaining human agency alongside radical, new technologies can produce both bewildering and beautiful results that perhaps nobody, not even Herndon, could have predicted.