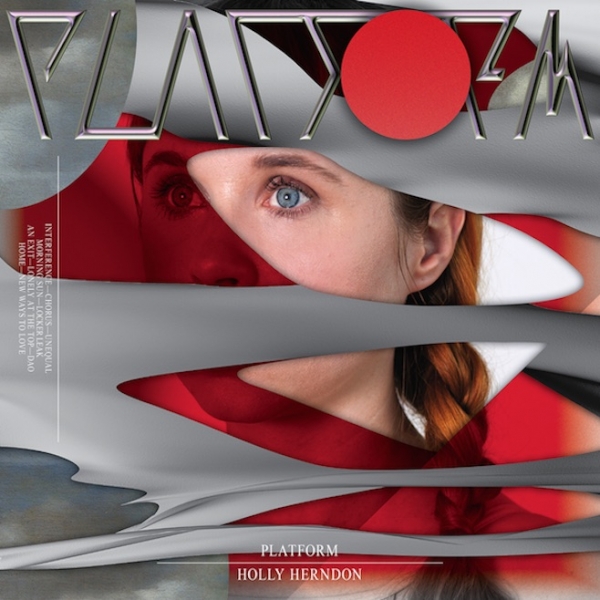 Holly Herndon’s 2012 debut album proper, Movement, was an imposing listen in many ways. Much of the sonic catharsis conjured by the California-based producer, composer and Stanford doctorate candidate across the record’s seven towering takes on vocal manipulation and icy techno-laced experimentalism veered a great distance from what you might consider conventional songwriting structures and techniques.

To say it wasn’t a joyous listen, however, would be to do Herndon a great disservice. Whether on the melodic highs that marked its title track as her closest foray into ‘pop’ music at the time or on the sparse, unnerving expanses of finale "Dilato", what tied much of Movement together was a feeling that Herndon was taking monumental pleasure in feeling her way into an untapped pool of audio resources; finding great glee in pushing the limits to which she could manipulate the range, pitch and timbre of her voice.

Flash forward 14 months to Herndon’s follow-up EP - and her final outing to be solely released by Brooklyn electronic powerhouse RVNG Intl. - Chorus, and it was clear to see just how much her process had developed in that time. Its titular cut does exactly what its suggestive name might imply: for the first time in her canon, we’re treated to what could be described as a chorus. Building from sub-bass chugs, flashes of incidental noise that cut through the track’s low-end like shards of glass and splattering vocals that coo across its peripheries like dancing sirens, it comes to a glorious head with what’s easily Herndon’s most hooky vocal measure to date, calling to mind the most pop-tinged moments of Autechre or Laurel Halo.

That "Chorus" features prominently early on in the running order of Herndon’s second full-length, Platform - her first release to come (partially) via the legendary 4AD - says much of her intent here. A greater inclination towards melody - albeit still formed from unconventional means - is one of the most notable immediate differences compared to Movement.

Add to this that "Chorus" came accompanied by a video that critiqued commodity fetishism, our dependence on the internet and the increased cyber-surveillance it facilitates, and its inclusion feels doubly apt. All are themes that appear prominently across Platform, whether Herndon is satirising our relationships with brands and items on "Locker Leak" (“Be the first of your friends to like Greek yoghurt this summer”), or masking nanny state protests as love songs on the glistening "Home". “I can feel you in my room/why was I assigned to you? I feel like I’m home on my own/and it still feels like you see me,” she opines with more than a little paranoid dread before letting slip, “I know you know me better than I know me” - a line that could just as easily describe an over-involved lover.

Elsewhere, we see Herndon running the gamut from the sort of shimmering, leftfield pop that wouldn’t feel out of place on Zola Jesus’ masterful Taiga ("Morning Sun", "An Exit") to the strange and serene massage (yes, literally) daydream enacted on "Lonely at the Top" alongside ASMR voice artist Claire Tolan.

It’s the plethora of new directions pushed in that makes this such an engrossing, worthy follow-up to Movement. While still creating boundless, exceptional fringe-pop, on Platform Herndon is finding countless new ways to hold our attention: deploying a greater sense of narrative, an emboldened melodic arsenal and enough enthusiasm to remind us why she remains a vital voice in peripheral pop.