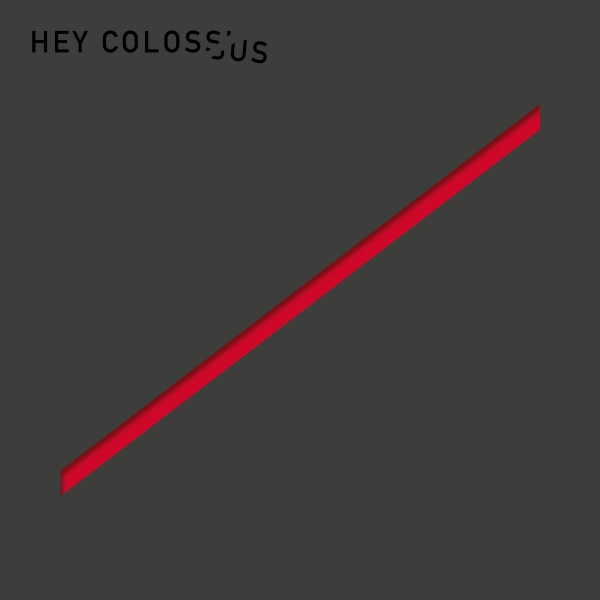 Of the many platitudes by which Hey Colossus are regularly described by their cultish fanbase, “monolithic” seems to be the most persistent, and with good reason.

This is music that is painstakingly, exhaustingly constructed, pungent with the perspiration and lactic acid of physical exertion, that crumbles and plummets with similarly epic levels of drama and earthly weight. Remarkably, since their departure from the brutal noise rock of their early records towards a comparatively accessible brand of swaggering psych on 2015’s In Black and Gold, Hey Colossus have somehow managed to pull off the paradoxical feat of actually becoming a heavier band while allowing a hookier, poppier sheen to varnish their cascades of wrought-iron grooves and sandblaster riffs. On The Guillotine, the listener is strongarmed into bearing witness to a further refinement of this disorientating brew of metallic intensity and inexplicably catchy melody.

The first thing that strikes me, as it usually does on Hey Colossus records, is the rhythm section. The bass, drums and rhythm guitars on The Guillotine form an astonishing bedrock for each track, their grooves chasm-deep and their details – pushes, pauses, fills and twists – are never less than expertly measured. In this, Hey Colossus present us with another contradiction, albeit a more familiar one: like all truly great heavy bands, their rhythm section sounds at once sweatily organic and mechanically regulated, pounding away with trance-like single-mindedness. “Englishman”, the album’s second single, is a case in point: if one were feeling little unkind, it could be argued that this track never really goes anywhere, plodding through a series of engaging but nigh-indistinguishable textures before grinding – and grinding is a particularly pertinent adverb with which to describe this band’s aural manner – to a sharp halt. Yet it’s that plod (more of a stalk, to be honest) that carries it; Hey Colossus build grooves in which I could live for months.

For me, then, that the band don’t seem satisfied to join me in that rhythmic cocoon is a bit of a shame. Although many of the vocal hooks here are commanding, unsettling things that demand our attention, all too often they feel a little awkward, as if they’ve been crowbarred into their parent tracks with just slightly too little thought. That’s probably untrue, particularly as Paul Sykes’ lyrics betray real care and passion, imbued as they are with an affecting, incisive sense of existential dread and political indignation. But the melodies just don’t reflect those urgencies, and this becomes distracting from that astonishing rhythmic work, which is a shame. The Guillotine’s production also shoulders a portion of the blame for this. In yet another paradox, this is actually because the production team – Ben Turner and Part Chimp’s Tim Cedar – have done too good a job of capturing the excellent beats and riffs upon which the record is built, and this throws the shortcomings of the vocals into sharper relief.

However, when the record works, it works, simultaneously in the senses of cohesion, physical graft and mechanistic industry. Despite being a little less all-consuming as a whole than its predecessor, Radio Static High (2015), The Guillotine’s highlights reiterate the primal power of Hey Colossus as effectively as anything the band has previously released. The second half of the album – from “Potions”, to “Guillotine” – is particularly delicious in its grunt, and for the most part, those closing songs manage to embrace Sykes’ melodies a little better than the tracks by which they are preceded. One senses that this band have a great deal more to offer as they continue to carve out a niche for themselves that straddles the boundaries of heavy psych and radio-tolerant (not radio-friendly) alternative rock, and it’s thrilling to see a group of their purpose and repute take such a clear aim for wider audiences, because they deserve them. For now, though, I’m going to go back and focus in on that drummer, again and again and again.