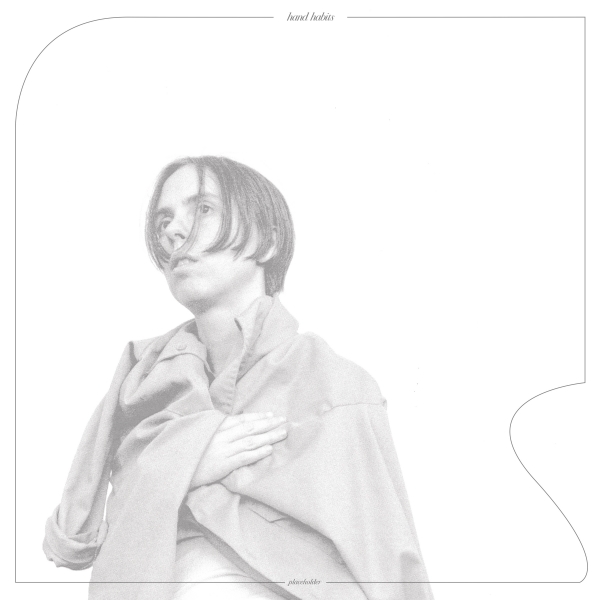 Some songs sound like they’ve been around forever, carved from granite and left to be found after digging through the dirt many years later.

placeholder, the album’s opener and title track, is one of those songs. Lulling you in with a rising, instantly familiar chord progression and a shaggy drumbeat, it’s less a song than a heat shimmer. But stunning moments of clarity find their way through the haze; the tightly-wound coils of squalling guitar—equal parts Nels Cline and Neil Young—or the gorgeous way the melody shifts with the song’s narrative, as Meg Duffy sings of their former lover being “a placeholder, blinded by desire”.

Duffy, to all intents and purposes, is Hand Habits, a project which they began around the start of the decade after moving to Los Angeles. Simultaneously, they joined Kevin Morby’s band as its understated guitar hero, just in time to be swept away in a rising tide of hype. placeholder is Duffy’s first album since leaving Morby’s group, as well as being the first Hand Habits record on the revitalised Saddle Creek, where they join kindred spirits Big Thief and Hop Along.

Where their 2017 debut Wildly Idle (Humble Before the Void) was sprawling and dreamlike, the second Hand Habits LP sees Duffy’s abilities come into sharp focus. Mostly recorded with Brad Cook at Bon Iver’s April Base studio in Wisconsin, the production goes some way to making Duffy’s confidence audible. Ultimately, though, it’s their infinitely more assured writing is what makes placeholder such a compelling listen.

Throughout placeholder, Duffy's voice is layered so exquisitely that it's sometimes difficult to tune in to the lyrics as a whole. Like scanning between stations, the occasional phrase jumps out at you - "There's a million ways to fuck with fate", “I wanna see the tree that I used to climb”, “Don’t you want to be allowed?” - and you have little choice but to dive back into the whole album to piece its story back together.

A number of the album’s highlights reveal themselves slowly. The narrator in "jessica" turns on the radio for distraction, only for Fleetwood Mac’s "Silver Springs" to trigger memories of someone “shatter[ing] my reality” long ago. After a gliding guitar solo, dripping in heartbreak, Duffy manages to find closure, simply telling the eponymous character “Jessica, I forgive”. Meanwhile, the empathetic shuffle of ‘what’s the use?’ also turns on forgiveness, and while its title may sound defeatist, it’s one of the most optimistic-sounding songs on the album.

Most striking of all is the album’s closing track, "the book on how to change part ii", the nominal sequel to Wildly Idle’s best song. A brief breeze of multitracked saxophones gives way to softly-strummed guitars, Duffy calmly sings “When I want to misbehave, I think about my mother’s grave”, as if it weren’t the most disarming line on the album. The track slowly evolves into a treatise on becoming your own person, and shying away from the expectations that upbringing and family force upon a person. However, the song hits full bloom during its instrumental closing minute, as the saxes leap out from all corners to provide a perfect coda as the final credits roll. I’ve honestly listened to this song dozens of times at this point, and those last sixty seconds have never done anything less than make my knees buckle.

placeholder is the sound of Hand Habits hitting their stride, and playing to their strengths before anyone listening even realised what those strengths were. The guitar heroics of Duffy’s time in Morby’s band have yielded to an inspired flair for arrangements, piercing turns of phrase and the sound of an artist—and a person—truly finding themselves. It may be too soon to start pondering year-end lists at this point in time, but you should definitely consider about holding a place for Hand Habits.