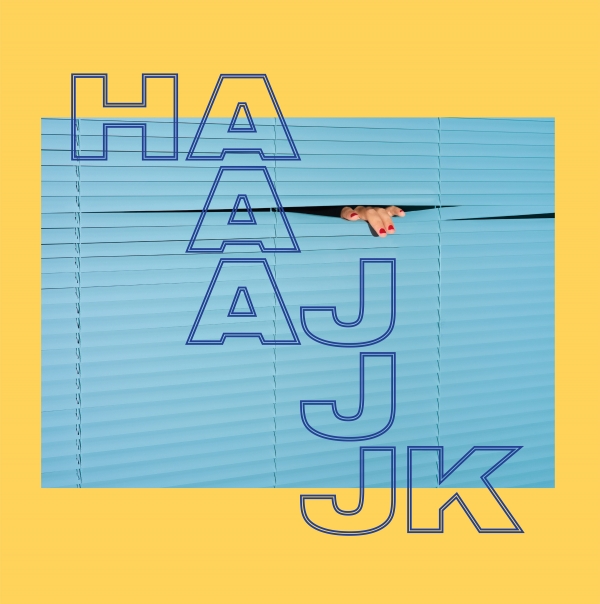 Despite local radio plays and a performance at Øyafestivalen, Norway’s newcomers Hajk have until recently kept themselves under the radar.

Headed by Sigrid Aase and Preben Sælid Andersen, the quintet caught some buzz at the end of last year as their track “Magazine” premiered on Noisey and subsequently left many (including Chloe Moretz) asking: who is this band?

With their self-titled debut, Hajk seem to have answered that question, taking the best of naughties indie - The Strokes, Tune-Yards, Phoenix, Dirty Projectors etc. - and repackaging it confidently into textured, modern pop songs, and the result is instantly charming and effortlessly listenable.

Though lyrically “Magazine” expresses a frustrated and downbeat state of mind, musically it offers a bright and dreamy escape: “Everything you said last night got stuck in my head / Now I’ve got my headphones on trying to think about something else”. Indeed, its lonely middle-eight is met with one of the happiest resolves one could ask for as the beautifully harmonised backing vocals rise with Aase’s own vocal line, which is somehow both bold and fragile; the song aptly captures the air of woozy optimism that summer can bring.

Andersen has compared “Magazine” to “a simple painting that becomes something else when you are standing really close to it”, and this is true for the rest of the record. None of the tracks require much input to enjoy, but when honed in on, a mesh of pleasing textures and dynamics arise.

“Nothing Left To Say” patches together funky bass and synth hooks with sparse vocal and wobbly synth passages, whilst the first single “Medicine” is a twinkling, quiet number that builds with the desperation of its lyrics “Come on, we’re leaving / Look around the walls are caving in / Bricks are falling from the ceiling / We need a rescue / We need medicine”.

The role of lead vocalist alternates between songs, with Aase providing a more striking and engaging dynamic to Andersen’s poppy R&B vocal aesthetic, though the record’s most effective moments are when the two intertwine, as in the dramatic piano ballad closer “Somebody Else”.

Hajk has delivered one of the best debuts of the year, and as spring begins to flirt with summer, this dreamy record couldn’t come at a better time.