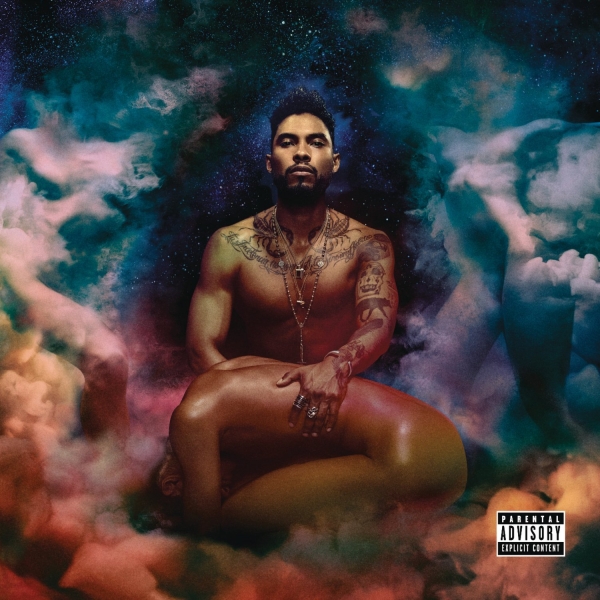 On the EP version, the song, which sounded like an instant classic, ended abruptly in a way that made it feel like a demo. It was a perfect way for Miguel to build anticipation for his new album.

But then, a couple months ago, Miguel released a version of “Coffee” with a ham-fisted and charmless verse from the ham-fisted, charmless rapper Wale tacked on at the end. The dominant strain of R&B at the moment is the LA ratchet & b of Ty Dolla $ign, Chris Brown and DJ Mustard, whose production influence has become ubiquitous. Those guys are making hedonistic party music that could be rap if it weren’t for the pretty singing. They’ve produced some undeniably great songs, but that style just hasn’t been Miguel’s game so it was a little worrying to hear Wale, with his “My stroke is a scone/I let that soak in her bean” fucking up Miguel’s vibe.

It isn’t that Miguel is a prude--as he famously told us on his last album, the masterpiece Kaleidoscope Dream, he “likes drugs, too,” or as he puts it on “Coffee” “The thrill of no shame, drugs, sex and polaroids”--but, as Miguel also told us, he likes love, too. So it’s a relief to find “Coffee” on Wildheart in a new, finished form with the rap verse replaced by more of Miguel’s beautiful chorus. Everyone in R&B is bragging about kicking women out of bed after sex; Miguel built his lead single around the morning after.

Wildheart may not have a new song to match “Coffee,” but it’s still filled with love songs of depth and beauty. Miguel, like Prince, treats love and sex as a spiritual experience (just check out the cover) and he has made his own lane that taps into the great romantic tradition of R&B in a way that is sexy, funky and unfailingly original. Where so much of urban music centers on synths and colder sounds, Miguel has built Wildheart around his guitar. It was there on Kaleidoscope Dream, too, but on Wildheart, from the patiently strobing deep riff of “a beautiful exit” that opens the album to the dirty squelch of “...goingtohell” to the martial riff that closes the album on “damned,’ the guitar takes center stage.

Many of Wildheart’s songs begin with a simple, masculine riff and then Miguel’s voice, each touched with enough reverb to make them a little scruffy but never enough to obscure their melodies. The rest of the production on Wildheart is warm and spacious in a way that allows each element to shine through. Wildheart has nothing as smooth as Kaleidoscope Dream’s hits “Adorn” or “”How Many Drinks?” but it is still music made for the bedroom or maybe driving while you daydream about the bedroom.

Wildheart doesn’t quite reach Kaleidoscope Dream perfection. “What’s Normal Anyway” is a self-pitying autobiographical lament about not fitting in that is simultaneously too specific to be relatable and too on the nose to be affecting and it hurts the listening experience a little that the greatest highlights (“Coffee,” “NWA,” and “Hollywood Dreams,” all from the EP, the bonus track “Simple Things” that was originally heard on the HBO show Girls) have all been released in other forms for a while now.

The album is all of one piece, the product of a clear artistic vision, even when Miguel strays a bit from the formula. “Waves” is an uptempo near-disco sex jam built around frenetic drums. Miguel’s collaboration with Los Angeles rapper Kurupt on “N.W.A.” is dark, subdued, menacing LA funk buoyed by satisfyingly booming drums that knock like nothing else on the album. Still, Miguel pulls Kurupt, a formidable artistic force in his own right, into his musical orbit and it’s telling that the only other guest included is Lenny Kravitz, who, in his own time, made the sounds of the 70s work in contemporary pop.

Miguel writes nothing but memorable melodies and his songwriting is the engine that makes Wildheart all work, that takes his affinity for funk, psychedelia and Prince, and turns them an album that feels totally of the moment. Those influences could overwhelm a lesser artist or pull him into the trap of corny tastefulness that afflicts so many retro soul acts, but Miguel has such a strong voice that he makes them all work in service of his personal vision. Miguel is seeking, sweaty, incense-smelling, intimate, a little too close, always a few nervous, exciting moments from enlightenment or maybe just ecstasy, or as Miguel sings on “Simple Things, “a free spirit with a wild heart.”