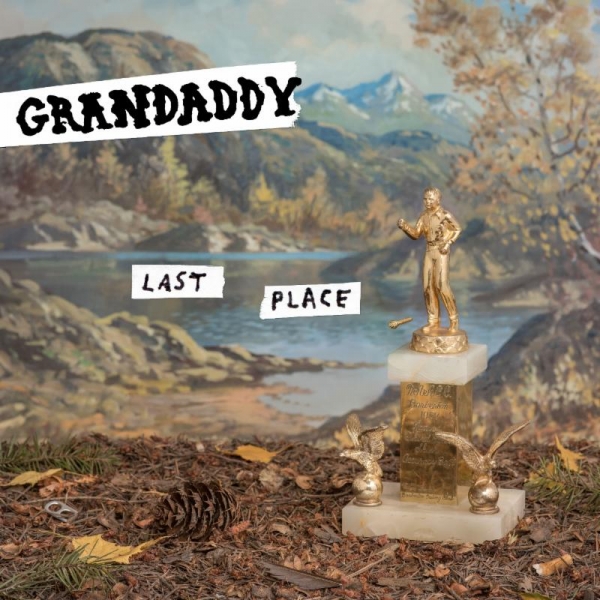 There’s always been a futuristic element layered within Grandaddy’s music. But what happens when the dystopian, technology-addled future that they warned of actually catches up to all of us?

Jason Lytle dissolved Grandaddy shortly following the release of 2006’s Just Like the Fambly Cat, and turned his artistic focus towards a pair of solo records, the tranquility of rural Montana living, record production, and random collaborations. But he revived his beloved indie group after more than a decade of dormancy, releasing the self-deprecatingly titled new LP, Last Place, a collection that isn’t going to win over the world but might just help you make more sense out of it.

The dissatisfaction and divisiveness permeating the United States and Europe is addressed in the simple but catchy retro gem, “I Don’t Wanna Live Here Anymore.” “I just moved here, and I don’t wanna live here anymore / No, I can’t exactly say, I’m really getting just a feeling / Everything is outta place, now I’m having trouble dealing.” Fitting in has always been a challenge for outsiders, oddballs, and the marginalized, and finding a place to call your own can have perilous consequences, especially in this frenzied Nationalistic climate. Even when you finally arrive at a utopian destination of your dreams, it might not be as welcoming or as ideal as you expected. This is as true of the indie rock community as it is of the harsh world at large.

“Please keep going, please keep fucking going,” Lytle commands hopefully at the distorted close of “Chek Injin,” which could serve as a desperate plea for a car to make it to the end of a road trip or for the disenfranchised to continue fighting for what they deserve. Easy answers and simple platitudes have never been the focus of Grandaddy’s output, and Last Place continues Lytle’s tradition of esoteric lyrics and elusive thematic interpretations. We are collectively so disoriented and distressed right now that any of these songs could serve as both a guide map home or the lost warnings of a castaway adrift in an opaque sea.

The synth-laden groove of lead single “Way We Won’t” kicks off the record with a moody familiarity that suggests that the band’s extended ten-year hiatus was just a figment of our ADHD-plagued collective unconcious. “Damned if we do / Dumb if we don't / End up again back home,” Lytle sings, begrudgingly (or optimistically) choosing to return to what he's best acquainted with after making his mistakes elsewhere.

“Forget the words, the pictures are nice / A dream of a girl who's somebody else’s life / I'm trying a road that’s dead on the end / That’s how it goes, so copy and save and send / A brush with the wild, we were the best / It’s all I recall, I forget the rest,” Lytle opens up on “Brush With The Wild,” a moving number that tenderly illuminates the end of his marriage as well as the lengthy time spent away from his Modesto, California home.

The six-minute opus “A Lost Machine” provides a desolate panorama of a high-tech wasteland that is getting overgrown with additional gadgets and contraptions that outlast their usefulness, including mankind itself. “Antique photos of celebrities / Samsung black-and-white fade-away qualities / Every woman and child and man in the canyon land/In a trance and wandering about in the canyon land.” The song breaks you before it even gets to its fractured coda, with Lytle wistfully repeating the anguished mantra “Everything about us is a lost machine,” as if he’s Dorothy clicking her ruby red slippers and wishing to go home and leave Oz behind.

Technology has brought the human race together in astonishing and inspiring ways, but that perpetual access and incessant connectivity has also left us feeling more isolated and alone than ever before. Last Place illustrates the convenience and curse of both sides of that thoroughly modern conundrum, cautioning against our overdependence on devices that we turn towards for companionship and escape while ignoring relationships that dissolve around us. But no matter how much we “Delete, delete everything that had occurred,” the memories of our past stick with us and shape our direction forward. How we process where we’ve been informs where we go in the future, hopefully leading us some place better than the last.