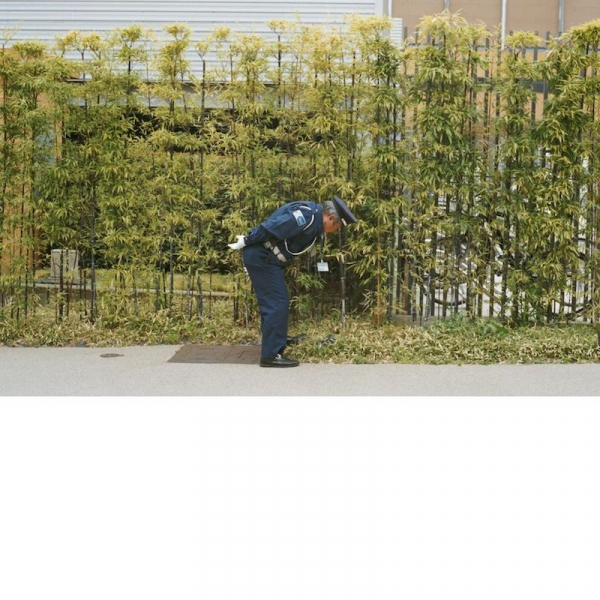 Inspired during the makings of an artistic documentary of his travels through Japan, Gold Panda’s fourth LP began during a two-part trip to the country with photographer Laura Lewis back in 2014.

Quite unconventionally the concept sparking Good Luck and Do Your Best was its title; the charmingly mistranslated farewell given by a Hiroshima taxi-driver on their journey. Finding creative inspiration in this encouraging message, Gold Panda, who apparently prefers the moniker Derwin, felt the stirrings of a record he wanted to be ‘motivational and positive’. And that’s certainly something the Chelmsford producer has managed with his latest album.

Drawing from the material he and Lewis collected with his talents as an electronic artist and producer, he’s composed a bold, explorative 45 minutes of uplifting hooks and soothing soundscapes driven by relentlessly energetic rhythms.

Once again Gold Panda demonstrates an ability he’s already proven, building progression into his tracks while holding your interest firmly with both hands; constantly dropping subtle surprises but never straying far from the familiar. "Autumn Falls" and "Haylards" show his full capability in this, as the sporadic samples and melodies shifting over glitching rhythms and pumping drums leave you hooked on a feeling rather than any memorable melody.

Possibly stemming from Derwin's fixation on the hue of Japan’s landscapes during the calmer climates of April and October, the gentle contrast in textures flowing through Good Luck and Do Your Best is carefully considered throughout the record. Soft, warm keys in "Metal Bird" are decorated with sparkling chimes; "Pink and Green" offers release from its claustrophobic with spacious tinkles on a reverb soaked piano and the pallet of vocals sampled throughout "In My Car" comes in all shades of breezy.

And this wouldn’t be a recognisable portrait of a journey through Japan without some relevant musical references either. The shrill cinematic strings that drift in and out of the first half of the album give a cultural nod toward the country’s Golden Age of film. There’s an array of chimes, percussion, and koto sampled and synthesised through the record too, most pleasantly in the relaxing intermission "I am Punk". And in all the compositions Derwin combines Japanese influenced hooks seamlessly into his own captivating style.

Executed with conviction and instilled with its spirited concept, Good Luck and Do Your Best is an excitingly off-beat take on a feel-good album. This is Gold Panda’s most accomplished and adventurous work yet.