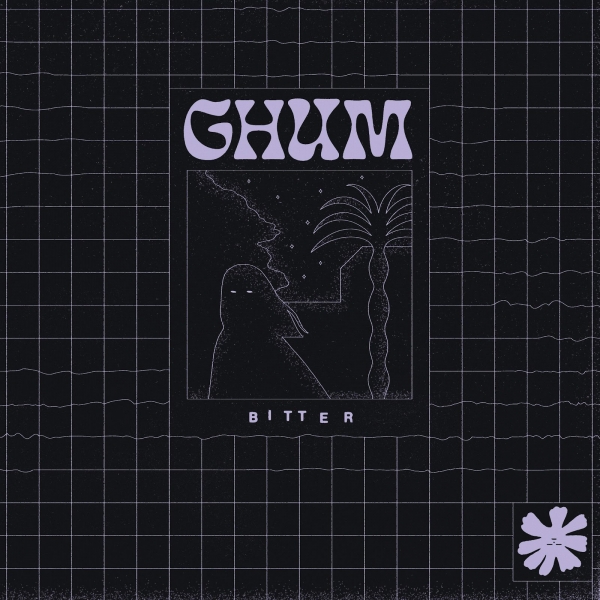 Do you ever feel your life is passing before your eyes?

Three whole traumatic years ago GHUM released their second official EP – the excellent The Coldest Fire – which got pulses racing for something more. Fast forward through a more than mildly demanding period in the world’s history and finally here we are with their debut.

No pressure for GHUM then, but clearly good to see they’ve stuck it out through the good and bad times. The question is: does Bitter justify that initial suggestion of future promise?

It's hard to argue against the idea, with GHUM dealing in a seductive blend of influences, once again it’s a pleasure to see more bands happy to embrace their inner goth, using the swirling darkness to offset the bluntness of those grunge roots. It’s this kind of synthesis that works to make today’s post punk, on occasion at least, a still interesting and developing art form.

Of course none of that matters without at least a suggestion of real feeling. In the post jubilee UK it may be crass to expect bands to, “mean it, man” but to truly grip listeners you need to at least sound as though your howl of rage comes from somewhere authentic and personal, rather than being a photocopy of a second hand gesture from music’s dim and distant past.

Ironically the raging opener “Some People” faces that issue obliquely with vocalist Laura Guerrero Lora’s plea, “I wanna feel something”. Deliciously twisting guitars hurtle along over pounding bass (Marina MJ) and drums (Vicki Ann) leaving you in no doubt of the depth below the surface of GHUM’s songs.

Elsewhere the occasional switch from English to Spanish and back again suggests a desperation to communicate with whatever words fit the moment and the emotion.

Thankfully GHUM don’t just do pulsing anger but like to insert a sliver of melancholy into proceedings as demonstrated by Jojo Khor’s glistening guitar throughout “Over and Over”, granted “hate” does play a part lyrically but then emotions are messy in that way. I’m not saying artists have to suffer for their audience to believe them, far from it, but if you want us to listen and to care then we need more than bland platitudes and ‘off the shelf’ angst.

Bitter is a record that doesn’t back off, a taut nine song masterclass in how to use three years, or maybe a lifetimes, worth of ups, downs, rage, indignation and general frustration to fuel something bruised but beautiful.