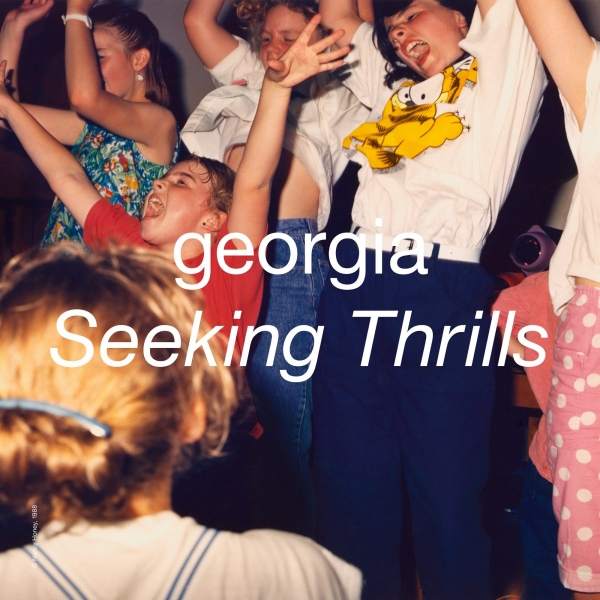 Anyone who has had the pleasure of seeing Georgia’s Glastonbury 2019 performance would know that she’s an artist engaged in a beautiful love affair with percussion; this is made achingly clear on her new record, Seeking Thrills.

Georgia’s always been vocal about her relationship with the drums, and this album bears this out. There’s a clear dance influence upon Seeking Thrills, of classic electro, house, and techno. The album’s artwork, an archive photograph from American photographer Nancy Honey taken in 1988, is an immediate nod to this influence; after just one listen to the record, you can identify smartly interwoven vintage hues into the modern exterior.

First track "Started Out" is the record’s highlight, and it was this single that catapulted Georgia into the spotlight she’s in now. The rest of the album isn’t short of experimental, melodic, and fast-paced tracks, though, with track "Never Let You Go", "Mellow", and "Feel It", being focal points of talent in the album.

"Started Out" was one of the catchiest singles of 2018, with a bassline that is physically impossible not to bop to. "About Work the Dancefloor" brings more of Georgia’s relationship with retro American electronic music into the mix, with its synth-heavy house beats and almost spacey vibes. "Feel It" is charged with a deep, all-encompassing synth bassline, paired with electronic drum twinges and Georgia’s modulated, metallic sounding vocals, giving the track a futuristic feel - and it’s one of the best on the album. There’s a sense of worldliness on the album as well, with references to previously mentioned ‘80s American techno and house, Eastward-gazing vocals on "Ray Guns", and British rave culture in "The Thrill".

There are a couple of tracks on Seeking Thrills that can’t compete with the gigantic heights of "Started Out", "About Work the Dancefloor", "Never Let You Go", and "Feel It". It’s difficult not to wish that the entire album was full of the same ingenuity as its first half, because there's so much potential and talent evident in those first tracks. It’s still early days, though, and the huge themes and inspirations Georgia plays with in Seeking Thrills showcase a true rising star of British pop.