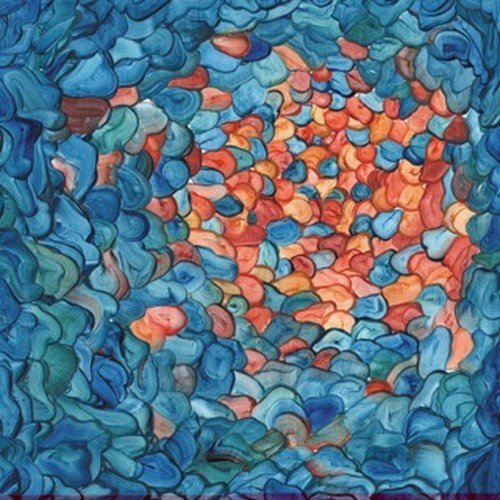 As the UK embarks on another sporadically sunny season, a new indie band will inevitably creep through to soundtrack the damp festivals, long evenings and hazy days we have head. Where some fall away with autumn though, Gengahr are a summer romance set to last.

Their debut album is the culmination of over a year’s worth of work that's seen them emerge from the sidelines and become increasingly more of a mainstream concern. Touring alongside Wolf Alice and Alt-J played its part, but their success is largely down to the fact that they eschew the indie by numbers feel indulged in by so many of their contemporarires.

From opener "Dizzy Ghosts" it's clear to hear what this album is about sonically; swirling chords, perfect harmonies and untreated soft guitars that you can lose yourself in for hours. Perhaps not dynamic at every twist, but with headphones and a hangover, any emotional or physical journey will be enhanced by the mild psychedelia of it all.

Don’t fooled entirely by the relaxed vibe of "A Dream Outside" though, as underneath the warm sounds are colder aspects that keep thigns from falling into twee or naive. "She’s a Witch" is not a song you wish you were the subject of, as lead singer Felix Bushe sweetly croons "I got a witch that cries all the time" over a Metronomy-esque soundscape, again suggesting there's more at play than straight bat indie rock. The dark lyrical themes juxtaposed with the almost jaunty sonics perfectly sum up their knack for delivering duality.

Anthemic lead single "Heroine" is a much more optimistic love song in turn with its kaleidoscopic guitar hook and repetitive offers of "sure you can be my heroine, all you need to do is wait for me". It’s got that instantly recognisable quality that will cement Gengahr as features on the airwaves and people’s internal soundtracks alike.

"Bathed In Light" is on the dreamier end of the Gengahr spectrum as the lullaby-like introduction evolves into an echoey minimalism that erupts towards the end, and you'd be forgiven for thinking Tame Impala was an influencer here as it edges into the hallucinogenic at times. It’s as soothing as it is unsettling, but it all makes for an even more entrancing listen.

"Fill My Gums With Blood" is perhaps the most haunting track here, bringing the unstable sentiments throughout "A Dream Outside" to a violent conclusion. Floaty angst in abundance, Gengahr have produced an all encompassing soundtrack to this year’s briefest romances and most curelly broken hearts.