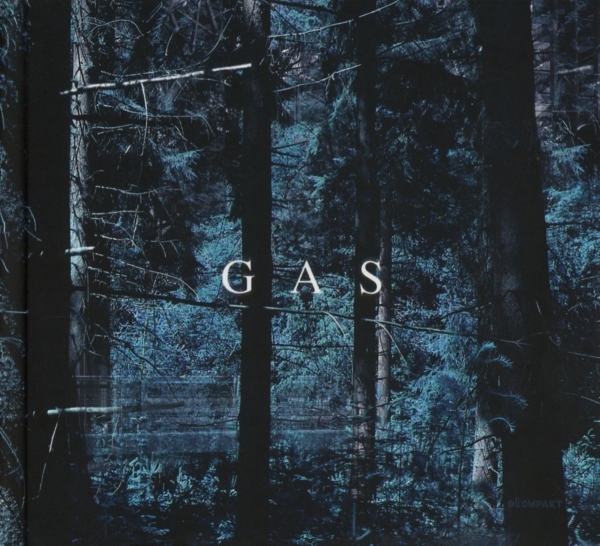 It has been 17 years since the last gas release, though that’s not to say that Wolgang Voigt has been sedentary. Quite the opposite - he’s involved with a number of record labels (including the experimentally venerable Kompact) and wears many different artist hats. Perhaps getting back into the GAS frame of thinking after such a departure leaves one a bit antsy. As a result, Narkopop is a cinematic, noisy, hyperactive ambient drone experience, a stark departure from GAS’ more hypnotic Pop album in 2000.

The modus operandi on Narkopop is to feature a heavily textured philharmonic orchestra sound that moves quickly to its own time signature, often in contrast to the cavernous trademark pulsing heartbeat or other supporting cast of musical characters. Naturally, there are no titles to the songs save for track numbers and, as is also tradition, the album's artwork highlights distorted images of Voigt’s native Cologne in Germany, which features many natural forest like settings. This is where Narkopop, as well as gas’ other releases, take inspiration. GAS records always represent the ebb and flow of life and as the world is restless, so apparently is the forest.

The first three tracks on Narkopop feature a layer of white noise which serve to add a level of unexplainable irritability to the rich and lavish philharmonic textures. While sonically this effect makes it more difficult focus on the composition of the classical elements, the purpose is perhaps to remind us that our forests are indeed sick and not the tranquil places they once were. Track 4 sees a retreat of the white noise so you can hear the machinery of sound at work. It is one the darkest moments on the album, but also the start of the second half of musical themes that emerge. "Narkopop 5" continues where 4 left off but with a reverb heavy industrial lo-fi pulse that is quite frightening. The piece builds into a crescendo of eerie and mysterious layers then simply stays there.

At times, Narkopop moves surprisingly fast and the senses struggle to absorb all the nuances of sound. Other moments are more traditional mesmerizing GAS offerings. Either way, it is a complex, beautiful and terrifying experience.