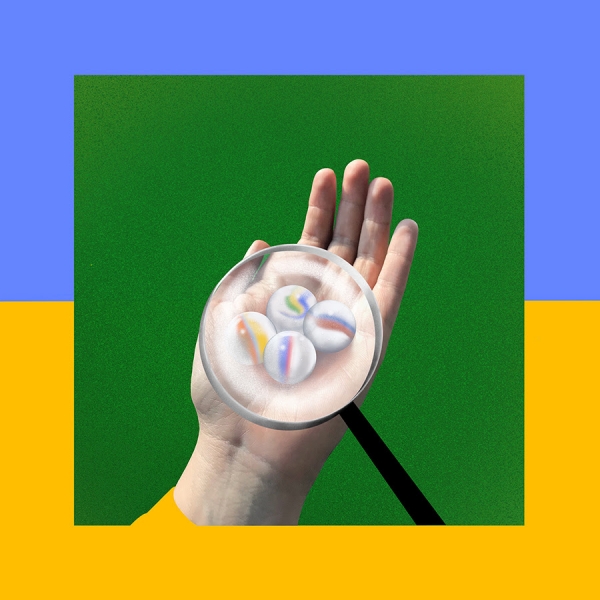 Greta Kline opens new album Close It Quietly as Frankie Cosmos with the admission: “The world is crumbling and I don’t have much to say”. If you’re at all familiar with Kline’s previous work, you’ll know that the latter part of that sentence isn’t true at all, even if the first bit is a different story.

“Does anyone wanna hear the 40 songs I wrote this year?” she asks a few tracks later. Case in point. Kline has so many things to say, in fact, that she can’t stop writing songs. They’ve always been short snippets – generally each song is no more than two minutes long – as if Kline’s figured out how to somehow snare the very thoughts and observations that pinball through her head, as fleeting as they are. It makes a Frankie Cosmos album feel like you’re listening to an audiobook of someone’s very personal, very revealing diary entries, read out by a sweet, shy voice, while a charming, playful lo-fi indie pop rock soundtrack plays out behind it all. Close It Quietly just so happens to be the best one yet.

Previously, Kline looked outward, commenting on the everyday occurrences in the world around her, managing to transform the mundane into totally entertaining and amusing snapshots. But as with her last album Vessel, she once again puts herself under the microscope, and we find her dealing with “pain […] so immense”, a “cloud so big and dark” and her “body sending out some shit”. The 19-year old Frankie Cosmos singing about her pet dog is long gone, it seems. Worrying conclusions follow: “I wanna stop being in this life”, she reveals in the skeletal acoustic melancholy of “Self-Destruct”, and she grapples with the decision “to end it all” in “Rings (On a Tree)”, while around her the lively twang of fuzzy guitars and bopping drums masks the morbidity.

It’s a darker side that’s never really showed its face in any of Greta Kline’s work up until now. All of a sudden she’s questioning her direction, and her very essence – “I don’t know where to go”, “I do not know what I am for” – the kind of musings usually reserved for mid-life crises. But Kline is as yet far from that, and the doubt and uncertainty is short-lived. Just like the brand of indie pop rock her and her three bandmates dish out, Kline is filled with a youthful exuberance. “Do I bounce?” she asks herself in “Windows”, amidst shimmering synths, a wash of cymbals, and a sugary melody. “I bounce back”, comes the resilient answer.

So yes. The world may be crumbling around Greta Kline, and she may be getting older, but none of that has quashed her voracious creativity or suffocated her unique voice. “I’m just fucking glad for my bubble”, she realises in “Last Season’s Textures”. It’s a special place, in which she has the peace and comfort to continue to snatch all those thoughts and feelings out of her head, and distil them into her signature, singular poetic epiphanies. Just like those that give Close It Quietly the huge depth that it has, and mark it as an indie pop album with a substantial difference.