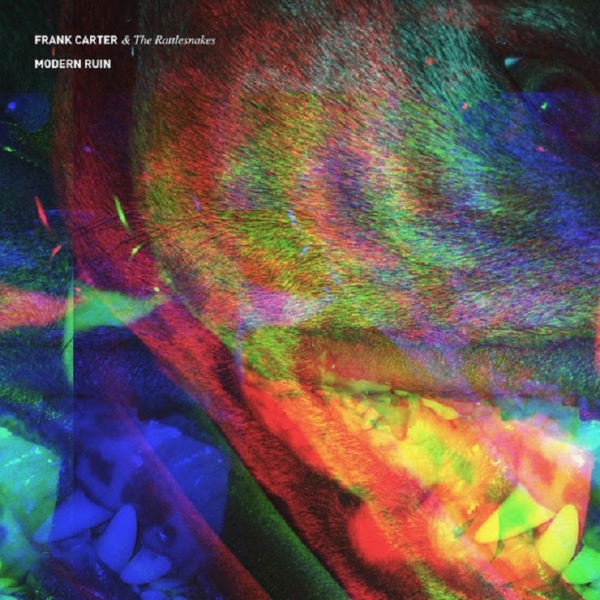 With his third project The Rattlesnakes, Carter has harnessed the best of both those bands, merging the punk grit of the former and punchy anthems of the latter. Their 2015 debut Blossom raged and roared, but Carter has called Modern Ruin a more vibrant, hopeful record. There's no doubt that on tracks like "Lullaby" and "Wild Flowers", The Rattlesnakes' howling riffs have been refocused. Now their bark is worse than their bite, still sharp enough to draw blood but soaked in tones that jostle, shimmer and cast shadows with plenty of boisterous choruses guaranteed to cause chaos during the band's incendiary live shows.

Yet, despite all the bruised anthemia, Modern Ruin seems a heavier proposition than Blossom, if not musically then certainly lyrically. A few months ago, Carter announced he was cancelling some European shows in order to focus on his own mental health and well-being. "Recently I have found myself fighting harder and much more frequently than I think is either healthy or acceptable," he wrote in a candid social media post. "No person should ever have to constantly fight through demons." Modern Ruin was written, recorded and released months before Carter made that statement, but his lyrics suggest this is a battle he's been fighting for some time. "I need your help but I can't say it. Pull me out I ain't gonna make it," he sings on "Snake Eyes", while self-loathing seeps into every fibre of "Acid Veins": " I got a skeleton inside me made from knives and chains."

As a result, even though this is The Rattlesnakes' biggest sounding record, there's a distinctly intimate feel woven throughout "Bluebelle" and "God Is My Friend" - like looking through a foggy window into a troubled mind. Modern Ruin is nowhere near as blistering as Blossom, but it's just as tortured, real and raw, and for that it still lands a killer blow.