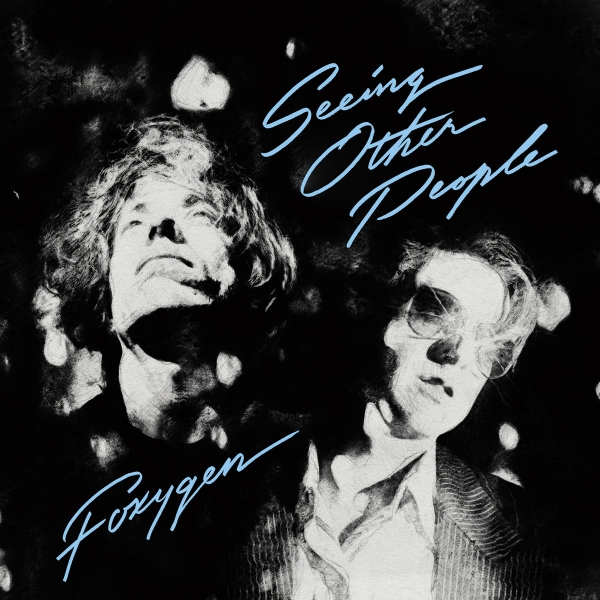 When announcing this album back in February, the LA duo – formed of Sam France and Jonathon Rado – stated that it would be “a goodbye album”.

This got people a little bit worried. But Foxygen aren’t breaking up; they’re “never breaking up” because they’re “not a band and never were”. They’re simply growing up and moving on.

So Seeing Other People is about starting a new chapter. It’s about facing that ending, that loneliness and pain, and accepting that nothing is permanent. It stays true to the duo’s journey of experimental pop rock sounds, while finding energy in existentialism. And with them labelling it themselves as “Sad-boy plastic-soul adult-contemporary cartoon-noir music”, what’s not to be intrigued by?

The first taste of the album came with the release of lead single “Livin’ A Lie”, and a video with every sentiment of a band on the brink of the end. The chronical of a fictional breakup is painted before us, as France is isolated in an empty house that eventually crumbles around him, while Rado is happy in a recording studio with other friends. The single is bitter and estranged, getting heavy with the hurt of France’s alienation. The rest of the album continues on this course of destruction, whilst still hitting hard with Foxygen’s ability to produce a funky beat and emotive single time after time.

Tracks like “Work” set a mood of resentment and cynicism, while “Mona” reaches the real lows of loneliness that come from the early stages of a doomed relationship. The album’s title track, along with “Face The Facts” are the acceptance stages, as France admits “People may come / People may go”. There’s then a return of energy and optimism with “The Thing Is”, and definite feeling that they’ve found peace of mind by “Flag At Half Mast”. The aptly named album closer, “The Conclusion”, finally puts things to rest, with the “conclusion that we should just be friends”. The end of the album parallels the end of a tempestuous relationship, where the duo can return to their separate lives, and the listener can choose whether to move on or to reflect.

Seeing Other People is a complete journey through the emotions of a breakup, and the endings that we have to battle through in life. It is presented as an ending for France and Rado, but only because the project that is Foxygen is one that is transitory; one that is indefinite, and definitely not settled as one image or sound.