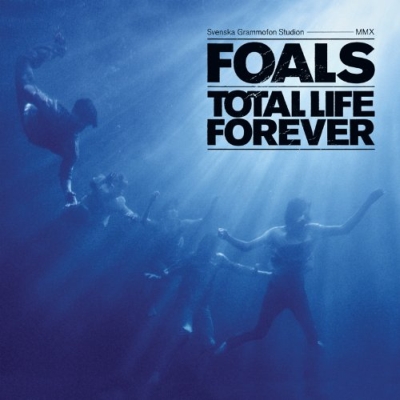 Foals’ first album began with ‘The French Open’, a bitty math-rock leap into disrupted musical chaos. The rest of Antidotes ran to the same beat of ambitious complexity, albeit a memorable beep-along-with/ mumble-along-with mishmash of punk, dirty brass, keys and calypso-cowbell percussion. It gave listeners a feeling similar to brain freeze – confusion, intrigue and a sudden appetite for more. Two years of ice cream headaches have passed, and so has, it seems, Foals’ habitual madness and unpredictability.

‘Blue Blood’, the first track, is really zingy. The guitars are so crisp that they sound like steel drums, creating an instant feel of summertime fun. In fact, if you didn’t know you were listening to Foals, and the track didn’t have the trademark polyphonic line structure, you could confuse it with recent Jack Penate beats or even Friendly Fires. Yep, it’s that much lighter. After that shock, Foals take you to ‘Miami’ for an indie-fied jam session with The Cure and Incubus; acoustic guitars align themselves in the song’s conventional pop structure and normal sounding vocals. So far, listening to Foals seems to have moved away from being like listening to a jumping record of stuttering guitars and cowbells amidst manly talk-singing.

‘Black Gold’ is similarly upbeat. There’s looping of gargling guitars and synths and an MGMT-like marching backbone of handclaps and bumbling bass. ‘This Orient’ is in keeping with the sound of the recent surge of reverberating keyboard indie, think Delphic meets Bloc Party with a touch more enthusiasm and an intricate drum line. Like many of the tracks on the album, it’s a powerful song with a buzzy atmosphere, miles away from Foals’ early murky meddling. ‘After Glow’ and ‘What Remains’ seem to be the most similar to their debut sound, both featuring vocal yelps used as instruments, chopped up tempos and Arcade Fire- style crescendos.

Total Life Forever certainly isn’t Antidotes: Side B, but then no-one wants to listen to two albums that show barely any growth or change. It isn’t unbearably commercial, nor is it a car crash of discombobulated tings and booms. It’s a surprisingly feel-good album that has enough of what made Foals appealing in the first place; it’s simply a bit more accessible and uplifting.