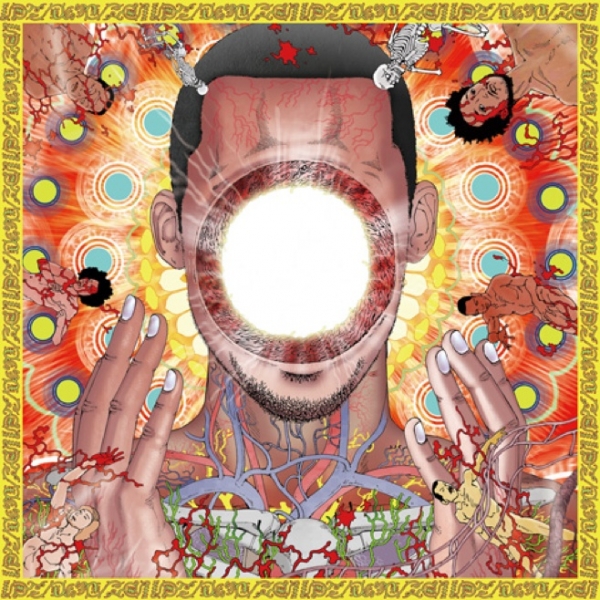 The reason why Flying Lotus is who and where he is today is because he has never been afraid to do things differently. If the hardcore Flotus fanclub (Cosmogrammites? Tiny Torturers? GNG BNGers?) had their say, perhaps 2013’s zipped-up and chucked to web Ideas + Drafts + Loops would have been his LP5; it’s certainly easier to tell it comes from the same man who debuted on Warp with the Reset EP all those years ago. But instead, we have You’re Dead!: a 38 minute journey more complex and original than anything he’s released before it. The fact that it exists at all is testament to Stephen Ellison’s perseverance, raw talent, and prophetic direction with which he steers the good ship Brainfeeder to the richest musical waters; plucking out those worth bringing along on his musical voyage and creating records greater than the sum of their parts.

It should not be underestimated how much this album is meant to be listened to in one sitting. Not only was I only provided with an unsplit 38 minute track to review from, but FlyLo tweeted his wish for people to actually go through it as one too. It’s immediately evident why: the album doesn’t just blend the ends of tracks into one another – in fact most of the time it doesn’t – instead You're Dead! has four distinct sides/chapters of music where the tracks within make most sense aside one another. The manic prog jazz of “Theme” through to “Fkn Dead” is part of the first chunk, and could easily have appeared on Austin Peralta's heartbreakingly absent follow-up to 2011's Endless Planets. Austin's tragic death at just 22 years old makes up one of the many losses that Ellison's sustained, overcome and channelled into this record.

With the dual showpieces of "Never Catch Me" "Dead Man's Tetris", the mania of the first chapter is diffused through “Turkey Dog Coma” into a beautiful night-time grotto of beats, strings and soul. Running through “Stirring,” through to "Turtles", you can’t help but hear You’re Dead’s cries for visualisation; it’s a beautifully theatrical record. Emerging from the ominous gurgling of "Ready Err Not", Thundercat’s tearful bass in “Eyes Above” provides a ladder out of the electronica-dense darkness and back into jazz. "Moment Of Hesitation" whisks you away and before you know it, it’s nearly over.

You're Dead is not the longest record in the world, nor is it perfect - occasionally it feels like the sequencing within the tracks and within the whole album took precedence over the musical quality. But as a fan listening to Ellison's growth as an artist through the years - from the post-Dilla mimicry of July Heat, through his ascension with Warp and the stunning Los Angeles, to newfound experimentation and partnerships on Cosmogramma and Until The Quiet Comes - it's hard to not feel somewhat emotionally invested in his progression. You’re Dead might be the last straw for those that always wished he would just produce a Los Angeles V2, but for many others this album will signify the absolute centrepiece of Ellison’s genius. "The Protest" is the perfect epilogue to this journey - and as happy an ending as possible for an album all about death. "We will live on forever and ever" sung out across an apocalyptic orchestral backdrop - before the beat kicks and the credits roll with an almost ironic, purposefully classic FlyLo rhythm and bass combo. 1983, Reset, Los Angeles all come flooding back and you question whether the whole jazz thing even happened. Then you go back to the start and you realise it definitely did.

More than any album before it, You're Dead! feels like a milestone in the music of Flying Lotus. If Cosmogramma signalled Stephen Ellison's ambition to be more than a beatmaker, then this record is the accomplishment of that ambition. You're Dead! might be the most immortal Flying Lotus album to date.