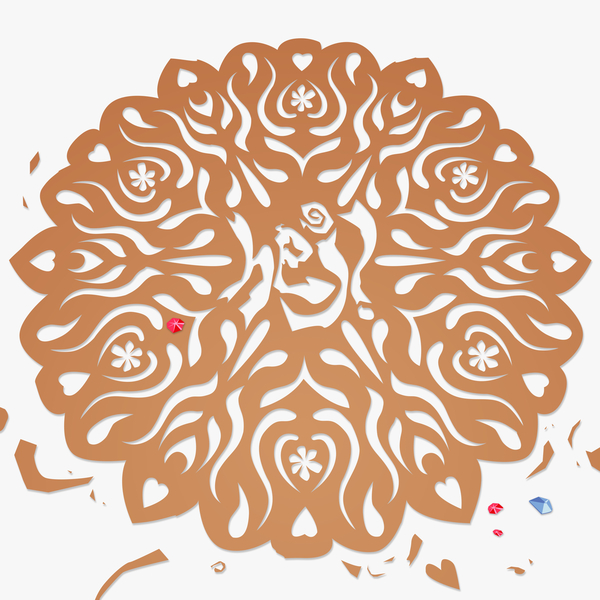 felicita has always been one of the stranger names associated with PC Music. The nu-metal, nu-rave and screamo trimmings of “A New Family” make their creator a blatant aesthetic outlier on the label compilation PC Music Volume 2.

While artists like Hannah Diamond and A.G. Cook reference the sugary end of 2000s pop music, felicita shoots for something much more ghastly. The artist himself has been a sort of esoteric figure even for PC Music’s standards - his identity and background has never really been widely discussed up until this point, illustrated by his mass printing of t-shirts adorned with the slogan, “no one knows I’m felicita”. This full length debut sees the Anglo-Polish artist explore his heritage in the form of Polish nursery rhymes, traditional dance and Slavic folklore.

The record’s concept follows a dancer’s journey across the Arizona desert. Yet hej! is more than a simple introspective journey; this loose story is told in a fragmented manner, through dance rhythms and weird shifts in musical pace and tone. This unconventional narrative structure brings to mind the style of filmmaker Maya Deren, whose similar relationship with bodies, movement and swiftly shifting setting made her one of the most important visual artists of her era. But where Deren was a champion of amateurism, Felicita presents his work in perfect, pristine resolution.

The album takes brash dance rhythms on tracks like “Coughing Up Amber” and “Shook”, and counters them with spells of serenity. “Mosiac Genetics” and the lead single “Marzipan” are highlights, two of the most delicate moments on the record, the former closing it with eerie clusters of modulated voices, and the latter a rendition of a Polish nursery rhyme with a wonderful feature from Caroline Polachek.

Hej! marks an evolution for felicita and, by extension, PC Music. It is a big twist away from tongue in cheek nature for which they are at times dismissed.