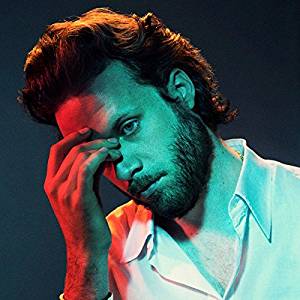 Reportedly, Tillman wrote God’s Favorite Customer when his “life blew up” and he went to stay in a hotel for two months. “In short, it’s a heartbreak album,” he told Uncut last year. If only the actuality of a Father John Misty record could be that simple.

Hysteria, rumour and debate swarm the LA-based songwriter. From tales of stolen crystals and sticky arguments with radio presenters, to having virtual reality sex with Taylor Swift and ranting off-piste about “battleships” and being “gorged on entertainment,” the life and times of Father John Misty have made way for incessant parody.

This time around, it comes as no surprise that there’s a lengthy subreddit entitled ‘Did Emma cheat on Josh?’ in which fans set Tillman’s lyrics up against Shakespeare’s Sonnet 130. What does it mean if his love for his wife, Emma, is “like a pervert on a crowded bus” (“Disappointing Diamonds Are the Rarest of them All”), and who are the “reptilian strangers” who lead the narrator off on “pointless benders” (“Please Don’t Die”)?

For all this fuss, it’s disappointing, then, that much of God’s Favorite Customer doesn’t pack anywhere near the sonic punch that gives life to his first three records. The album doesn’t ooze with the sardonic sensuality of 2012’s Fear Fun or 2015’s I Love You, Honeybear. Nor does it bray with the sharp – and impressively timely – philosophical commentary of 2017’s Pure Comedy. What it does offer is an intimate glimpse into Tillman’s personal life, set to the typically rich – and occasionally brilliant – warm guitar-led, piano-inflected Americana with which his music is awash.

On lead single “Mr Tillman,” he takes on the persona of a concierge of a hotel – likely the establishment at which he stayed for two months following his personal crisis, if we’re following that narrative. “Is there someone we can call? Perhaps you shouldn’t drink alone,” he croons, taking on a character in order to point out his own flaws. Father John Misty doesn’t need to sing in the first person to sound self-aggrandising.

Try not to focus on the narcissism, and the lyrical concept is amusing enough. But the song’s melody drags: it’s a slow-burning repetitive thing, with a dull bassline that allows for little differentiation between verse and chorus. With every line, Tillman sounds more and more breathless. He resorts to whistling the final verse, as though he’s run out of concentration, and just can’t be bothered anymore.

A monotonous melody may well be an accurate musical depiction of a mental state, but dullness should never be a sought-after feature. Soon it dawns that slow ballad “The Palace” sounds a lot like a number of other Father John Misty songs – though it’s hard to tell exactly which. Too often on God’s Favorite Customer a thoughtful premise that could have been heartfelt ends up feeling lacklustre down to a lack of originality in basic tunefulness.

That isn’t to say there is nothing of musical value here. Album opener “Hangout At the Gallows” is peppered with sweet piano inserts and uncharacteristically breezy backing vocals, as Tillman takes on the persona of biblical Noah. It wouldn’t sound too far wrong on an extended version of the White Album, Tillman’s honeyed vocals leading the band to swell up to full buoyant capacity at a pleasing regularity.

Better yet is the piano-heavy “Date Night” which churns with a lo-fi buzz, reminiscent of the joyous folk rock of Bop English, the solo project of White Denim’s James Petralli. It’s the closest the album gets too to the stunning fuzz of “Real Love Baby,” a bright spark of a track which proves, alongside countless others from just a few years ago, the ingenuity of which Tillman is capable. On God’s Favorite Customer, this imagination is too regularly forgotten.

Pleasingly, Tillman’s near-flawless voice is front and centre, its warm silkiness much of what keeps otherwise blindly meandering tracks such as “The Songwriter” at all grounded. “What would it feel like if you were the songwriter / And loving me was your unsung masterpiece?” he sings, weighty in its romantic sentiment but unnervingly mottled to the touch.

God’s Favorite Customer isn’t afforded the opportunity to shine with Tillman’s usual charming spirit – that’s not because the turmoil of heartache is too mundane a subject for the philosophically-minded Tillman to master, but because in order to master it, he needs to do more to whip up his usual reckless innovation.