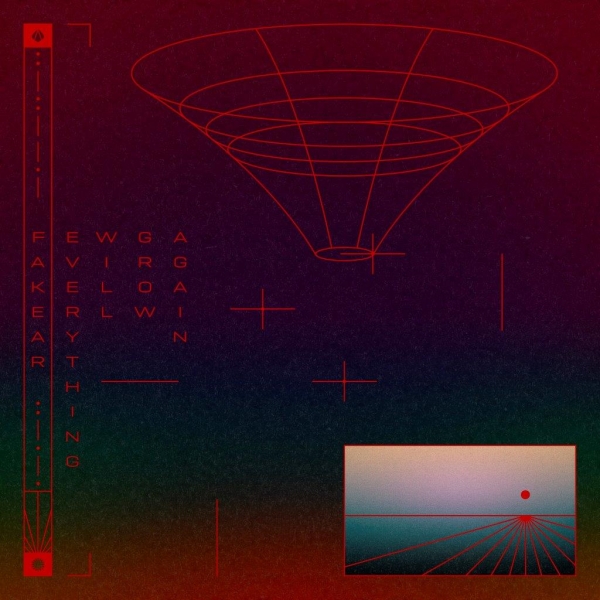 The fact also remains however, that these things are cyclical. And while it might seem that we’re on a downward turn at present, things will eventually begin to move upwards. It’s an idea that French producer Fakear seems to understand perfectly, exploring it elegantly on his third album Everything Will Grow Again.

“It’s curious how world events are weirdly fitting with the message behind the record” explains Fakear. “No matter what we’re doing here, the planet will go on evolving. That’s a beautiful image: we’re just cells in a much larger body.”

Not just beautiful, but fitting. Everything Will Grow Again feels like an evolutionary record. Not because it feels like Fakear taking those first steps into the mainstream (though it does), but because of the way the record builds and blossoms with a natural ebb and flow; like the turning of the tide or the changing of the seasons.

Early offerings such as the Bonobo-esque opener “Kaishi” or the organic freneticism of “Sekoia” are gentle, elemental almost, sharing much in common with 2016’s Animal. From here though, the record’s tempo picks up somewhat, shifting away from the almost ambient electronica of those early cuts in favour of something more frenetic, more fidgety.

Take “Rituals” for instance. Fractured and almost tribal, it’s easy to imagine such a track featuring on an Ellie Goulding album – its pop-like nature the perfect juxtaposition against an inherent darkness. Elsewhere “Tokaii” offers something different, though no less frenetic, and feels like a missing cut from Bonobo’s Black Sands album.

It’s here however, the tide turns again. The pace of the record stilled by the atmospheric and almost ethereal “Linked”, while the fittingly titled “Water Lullaby” is the perfect end, three minutes of subtle percussion and woodwind, it brings the album full circle perfectly.

Elegant and effortless Everything Will Grow Again is the perfect addition to Fakear’s canon. Building on, but never quite leaving behind its early foundations, it’s subtle, and nuanced, and once listened to, easy to see why we’re expecting to see lots more of Fakear in the future.