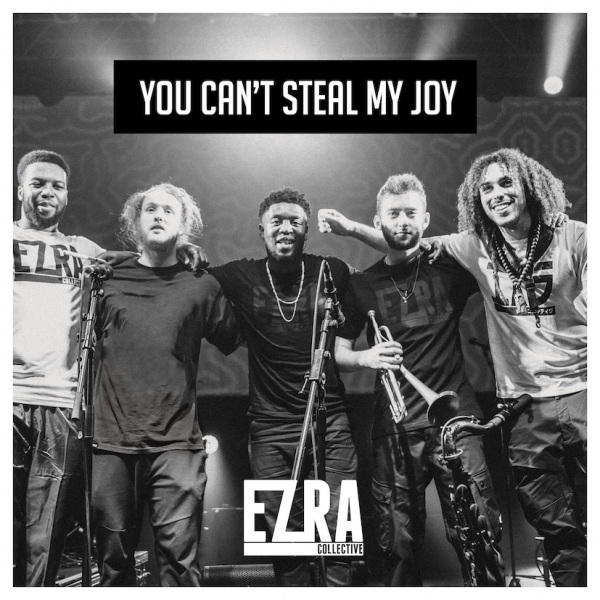 One day in my mid teens, I told my dad offhand that I’d started listening to a bit of jazz. “Jazz?” he said to me grinning wryly, before lowering his voice to a throaty whisper. “Niiiice”.

He then went on to explain The Fast Show, and about their jazz club sketch. A white man, smartly if eccentrically dressed, would stand before a band and say something indecipherable about chromatics and minor thirds. The band would then play something atonal, arhythmic or surreally obtuse, and the whole scene would be summed up by this lukewarm adjective: "Niiiice".

Like most second-hand jokes it fell flat. It’s taken me a decade, but after Ezra Collective’s You Can’t Steal My Joy, I may finally get it.

The implication was, that if you didn’t have a PhD in advanced musical theory, this wasn’t for you. That jazz was inward-looking, pompous and largely populated by pretentious, uptight white guys, with the scene eating itself: ever more insular and ever more bizarre.

Flip that on its head. That guy was middle aged, these guys young. Those, sneering and self regarding, these playing with joyous abandon in every trilled note. Those guys exclusionary, these guys are part of collective. They had gone stale, but this is a vital record, from a revitalised scene.

As if to emphasise the breadth of their church, highlights come in their eye-catching collaborations. Transatlantic hip-hop darling Jorja Smith channels something between Erykah Badu and Amy Winehouse on “Reason In Disguise”, as the band weaves a gossamer neo-soul, each instrument just once in a while catching the light and glinting in the sun. And on “What Am I To Do?” Loyle Carner’s, kitchen-sink-realism-rap is as direct and intimate as ever, getting into the jazz spirit with a 16 bar freestyle over a silken beat.

From low slung groovers, to blissed out chill-hop and Escherian piano pieces, You Can’t Steal My Joy is full of pleasant plot twists. While this means one thing the album does lack is a sense of cohesion, that’s a small price to pay for the sense of freedom and discovery.

It opens smoked out, like Kool and the Gang on Jazzmatazz, segues into a frenetic ska-jazz, then rattles through dub, samba and afrobeat inflected tracks. Those afrobeat tracks seem like the natural home for Ezra Collective, hypnotic percussion giving licence and the band jamming out with palpable joy.

British Jazz is having ‘a bit of a moment’, from Henry Wu to Tom Misch, with Giles Peterson as the benevolent godfather. Ezra Collective in fact rubbed shoulders with London Afrobeat combo KOKOROKO on the We Out Here compilation for Brownswood Recordings, and do so again on closing track: a frenetic cover of Fela Kuti’s “Shakara”, filled with those distinctive horns and staccato guitar.

And while it’s true that jazz has influenced everyone from Common to Larry Heard and Aphex Twin, it’s long been sprinkled on as seasoning. More recently it’s been coming as the main dish, revitalised in a supportive London scene, filled with a diverse group of talented musicians, who list grime and electronica alongside influences like Miles Davis. It’s a scene that’s produced more than a handful of great records over the last three years, and with this attitude, that’s just the beginning. Nice.