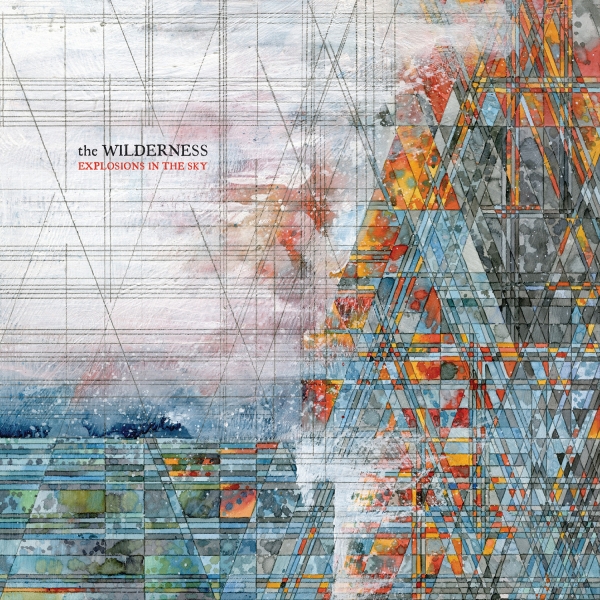 Explosions In The Sky have always been the first to anticipate their own predictability. Even as their unmistakable ‘sad, triumphant rock band’ method, established from their outset and cemented with The Earth is Not a Cold Dead Place in 2003 spread further into the public consciousness with each passing episode of the television adaptation Friday Night Lights, their first sparks of a desire for reinvention were flying upward.

The great inertia that The Earth generated, however, has proved more easily adapted to rather than overcome. More than a decade on from their first and still most famous soundtrack, those clarion guitars and battle-worn drums are still shorthand for purpose and passion, especially when it comes to American football. This goes even when the band themselves aren’t behind it: witness the final minutes of the ESPN network’s new 30 for 30 documentary, The ’85 Bears, for instance.

There was an itch under the skin of All of a Sudden I Miss Everyone, their post-breakthrough album from 2007. Whether a song ran long or short, or whether it did more or less within the space of its minutes, felt designed to chip away at expectations. There was the flickering piano that led the wistful “So Long, Lonesome”, “What Do You Go Home To?” was circular and passive, and “It’s Natural to Be Afraid” was the longest walkabout they had ever undertaken, if only by a minute or so. All of a Sudden I Miss Everyone was also where Explosions In The Sky got into the habit of letting enough time pass in between studio albums that you start to wonder if another is going to follow.

Naming the last song on Everyone “So Long, Lonesome” certainly spurred on this recurring question of finality, and the band didn’t exactly help clarify the matter four years later by calling their next album Take Care, Take Care, Take Care. Album titles don’t get much more obvious than that (except maybe The Ramones’ ¡Adios Amigos!), do they? Apparently, they do. Their increased focus on film work following Take Care -- scoring both Prince Avalanche and Manglehorn with David Wingo and Lone Survivor with Steve Jablonsky – seemed to indicate they would be channeling their energies elsewhere.

Arriving no earlier or later than precedent would lead one to expect, little else about their new album is routine. A current of vitality and renewal lights up The Wilderness. Here, finally, is the next phase for Explosions in the Sky. The album is thrillingly foreign yet familiar in its finest moments. The foregone-conclusion crescendos have been replaced with sudden peaks and serene valleys. Their fundamental sense of grandeur hasn’t left them, but it has given way for increased elemental texture.

Perhaps if there was a ‘goodbye’ in Take Care it was a conscious decision to break from die-hard habits. They certainly haven’t kicked them all, but nor should they. Explosions in the Sky still do quiet-loud, they just don’t necessarily get quiet or loud when or how you expect them to. Maybe they’ve heard their material remixed enough by now that they’ve figured out how to do it themselves as they go along. Maybe after creating so many soundtracks for other people’s movies, they wanted to come up with one for an unwritten script of their own imagination.

Demands of cinema, its economy of time and abrupt shifts in scene and tone, have worn their way into the group’s songwriting dynamic. “Logic of a Dream” plays out in distinct scenes: a delicate bass prologue followed by heavy rolling bursts of guitar, Chris Hrasky’s tense drums summoning an ominous, clanging change of direction, marching on until it reaches a natural horizon, giving way to a gentle resolution of ghostly voices and e-bow riding on, of all things, a Motorik-type beat. The plot might sound a bit convoluted on paper, but not only does it hold together, it manages to still surprise after repeated listens. That goes for the whole of The Wilderness, both in its structure and the materials from which it is built.

The intertwining guitars and bass of Munaf Rayani, Mark Smith and Michael James are still central, and Chris Hrasky’s impassioned drumming still pumps the blood through the body, but more attention has been turned to building on atmospheric layers and electronic programming. The pounding “Tangle Formations” is one of the more traditional rousers on the album, but adds subtle horns and what sounds vaguely like railroad crossing signal bells. “Disintegration Anxiety”, another showcase for Hrasky’s formidable arm endurance, made for a slow-boiling less-obvious choice of first single, but it was a healthy demarcation to establish between the past and a present where builds aren’t just lengths of fuse attached to the pyrotechnics.

The second half of the album flashes a few of the kind of epiphanic gestures that still suit them, but these are incorporated without compromising progress. “Losing the Light” slowly evolves into Explosions in the Sky’s own rumbling, spacious take on Vangelis’ “Chariots of Fire”. The final trio – “Infinite Orbit”, “Colours in Space”, and “Landing Cliffs” –makes clear the gathering theme as The Wilderness winds down: lift-off, weightless journey, turbulent reentry, contemplative resolution. It is a sonic reflection on the new wilderness we are only beginning to encroach upon, uncertain and endless with possibilities.